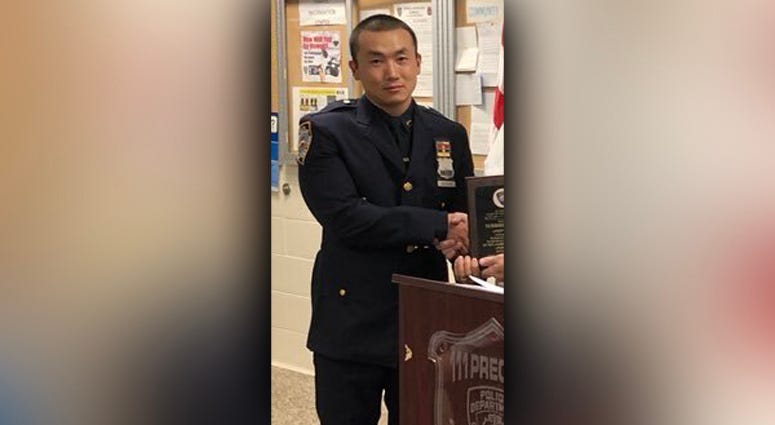 NEW YORK (WCBS 880) — An NYPD officer was charged Monday with spying on Tibetan immigrants for the Chinese government.

According to a criminal complaint filed in Brooklyn federal court, Baimadajie Angwang is accused of working as an agent for the People’s Republic of China. It says he was secretly supervised by handlers from the Chinese consulate in New York.

Prosecutors say in one November 2018 incident, Angwang was on the phone with someone he called “boss.” In a wiretap transcript from the FBI, Angwang allegedly told that person he should let higher-ups know “he recruited one in the police department.”

Angwang’s job was to “locate potential intelligence sources” and “identify potential threats to the PRC in the New York metropolitan area,” court papers say. He also was expected to provide consulate officials “access to senior NYPD officials through invitations to official NYPD events,” they add.

Angwang is described as a 33-year-old Tibetan and naturalized U.S. citizen, who worked at a police precinct in Queens as a community liaison.

Prosecutors say that, before becoming a citizen, the 33-year-old had “sought asylum in the United States on the basis that he had allegedly been arrested and tortured in the PRC due partly to this Tibetan ethnicity.”

NYPD Police Commissioner Dermot Shea responded to the allegations late Monday saying, “As alleged in this federal complaint, Baimadajie Angwang violated every oath he took in this country. One to the United States, another to the U.S. Army, and a third to this Police Department.”

“From the earliest stages of this investigation, the NYPD’s Intelligence and Internal Affairs bureaus worked closely with the FBI’s Counterintelligence Division to make sure this individual would be brought to justice,” the commissioner added.

Shea notes that the 33-year-old has been suspended without pay. Angwang was ordered detained at his court hearings on Monday.

China says the allegations are a "pure fabrication'' and part of a U.S. plot to smear Chinese diplomats in the United States.

A Chinese foreign ministry spokesperson says the indictment against Angwang is full of hedging terms such as "seems" and "possibly," indicating that prosecutors were straining to make their case.