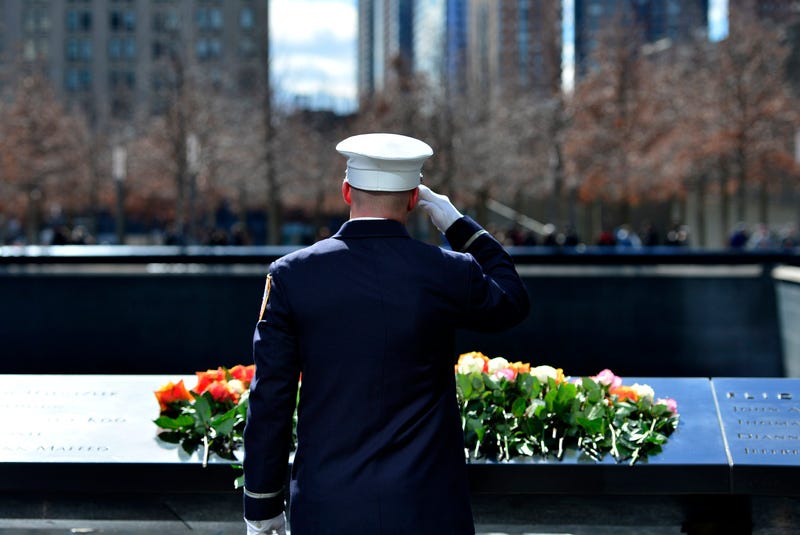 NEW YORK (WCBS 880) — Friday marks 19 years since the Sept. 11, 2001 terror attacks in which a group of terrorists hijacked four commercial planes, sending them into the World Trade Center, the Pentagon and a field in Pennsylvania.

Nearly 3,000 people were killed in the attacks and many were civilians who were working inside the Twin Towers.

First responders who rushed to the towers were especially hard hit with the fire department losing 343 members and the NYPD losing 23. There were also 37 Port Authority cops killed.

Since the attacks, countless others have died from 9/11-related illnesses due to them inhaling toxic fumes that swirled through the air in the aftermath.

While they have fought to ensure their medical bills will be paid for through the 9/11 Victim Compensation Fund, the anniversary of the attacks is always a somber day for New York City agencies.

NYPD Commissioner Dermot Shea wasn’t the city’s top cop when the World Trade Center was attacked. He was working as a lieutenant in the narcotics division and says he was at home with his 2-year-old son when the attack happened.

“I called my wife, dropped off my son. She came home from work and I headed down to the city,” Shea said.

He rushed down to Lower Manhattan from his home in the suburbs just north of the five boroughs, but ultimately, there was not much the NYPD could do to help.

Thomas Von Essen, who was the FDNY Commissioner in 2001, was among the first to respond to the terror attacks.

“The day just got worse and worse as it went on and we realized the magnitude of our losses,” Von Essen said. “Later on, we were in the street and the mayor said to me, ‘How many guys do you think were in that building when it came down?’ I said, ‘I have no idea, it’ll be hundreds of guys. I know how far they got up. I know how heroic they were, how fast they were, how aggressive our special units were.’”

Since the attacks 226 firefighters have fallen to 9/11-related illnesses, and Von Essen says even speaking about that is difficult.

The NYPD has lost 243 people since the attacks as well, and Shea says the police department works to remember them every day.

“It's the best opportunity, I think, to really honor how you perform your work every day and making a difference and not taking anything for granted and know that there's a long line of people that have come before you and that will come after you, that will put on the same belt, the same uniform with the same patch and with the same goal to keep New Yorkers safe and to take that seriously,” the police commissioner said.

Both Von Essen and Shea say they NYPD and FDNY will uphold the promise made 19 years ago: Never Forget.

“We will read the names of those – from the roll call – that didn't get to sign out that day,” Shea said.

Though the ceremony will be virtual this year due to the coronavirus pandemic, both departments will work to honor those that gave their lives on 9/11.

“So many people didn't get to enjoy their lives like they deserve to because they cared so much about other people, they gave it up,” Von Essen said. “So it's a horrible week. I know it's worse for the families, worse for anybody who lost their loved one.”