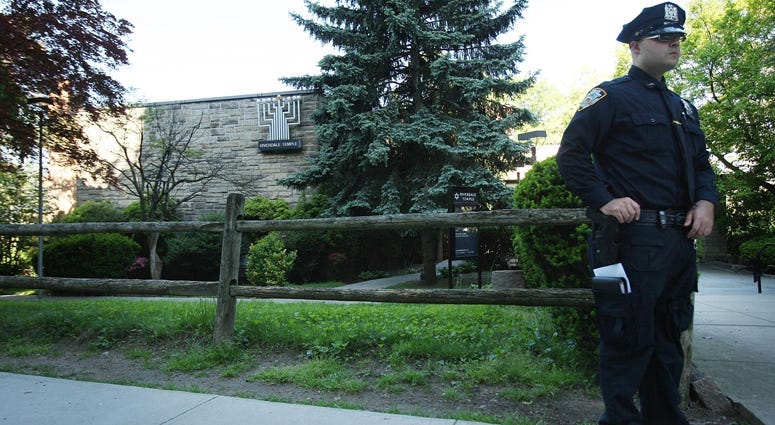 The NYPD will be tightening security citywide at Jewish houses of worship for Yom Kippur, which begins Tuesday at sundown.

"In each of the precincts that have a synagogues in it we have house of worship order, it's going to be assigned 24 hours a day," Chief of Patrol Rodney Harrison said, adding officers who normally patrol those areas will also be on alert. "We want to make sure that we have an appropriate presence."

Citing a recent attack on a Brooklyn synagogue over the Rosh Hashanah holiday, Gov. Andrew Cuomo has also directed state police to increase patrols around synagogues and religious centers.

The governor said he wants to "ensure this sacred day is not disturbed by anyone seeking to spread division or fear."

Commissioner James O'Neill calls the troopers great partners with the NYPD and said he will be in contact with State Police Superintendent Keith Corlett about their deployment plans.

"We have to be contact with them becuase we have to keep everybody safe including the state troopers," O'Neill said.

The NYPD says there have been 161 hate crimes targeting Jewish people so far this year. That's up from 105 during the same period last year.

Last month, the city officially launched a new office designed to prevent hate crimes. The Office for the Prevention of Hate Crimes opened just days after two Jewish men were attacked with massive bricks in Brooklyn and a week after a woman attacked a Muslim teenager wearing a hijab on the B6 bus.