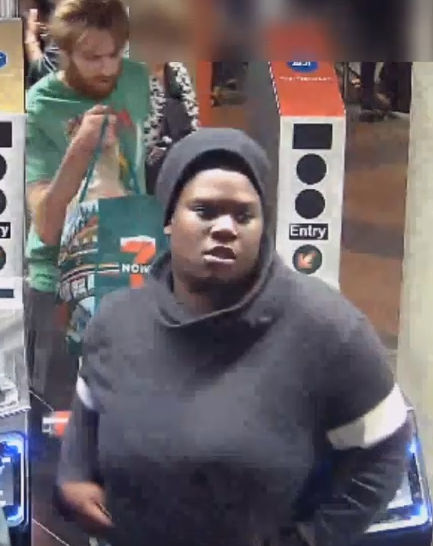 NEW YORK (WCBS 880) – The NYPD is looking for a man and women they believe punched three women in the face in midtown last month and stole their purses.

The woman reportedly punched her in the face, before taking her purse and running off with the man.

The following day, police say the couple approached a woman inside a building on West 21st Street.

The woman punched her and took her purse.

In the most recent incident, on Sept. 16, police say the duo got into a fight with a 48-year-old woman on a northbound 4 train inside the 42nd Street station.

She was punched in face.

The man and woman ran off when the train doors opened.