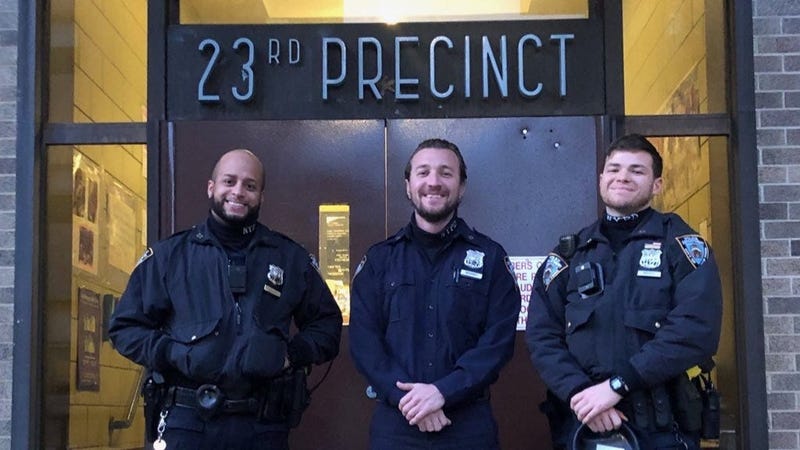 NEW YORK (WCBS 880) — Shocking surveillance video shows NYPD officers and a bodega working coming to the aid of a teenager who was attacked with a machete in East Harlem over the weekend.

The incident happened early Saturday morning, according to an ABC7 report.

Video shows a 19-year-old man chased by two men, one of them carrying a large blade. He was reportedly struck three times by the attacker in his flight.

The victim sought refuge in a bodega, where a quick-thinking worker locked the door behind him.

Thankfully, in this instance, the attackers did not pursue into the shop and three NYPD officers were able to respond almost immediately. Officers applied tourniquets to the victim’s arms and transported him to a nearby hospital.

The victim is expected to make a full recovery.

According to ABC7, the suspect with the blade was later arrested. He was identified as 19-year-old Abner Suazo and has been charged with assault, criminal possession of a weapon and menacing.

The NYPD says he was arrested twice in 2019, once for assault and once for criminal possession of a weapon.

Police are still searching for the second suspect.