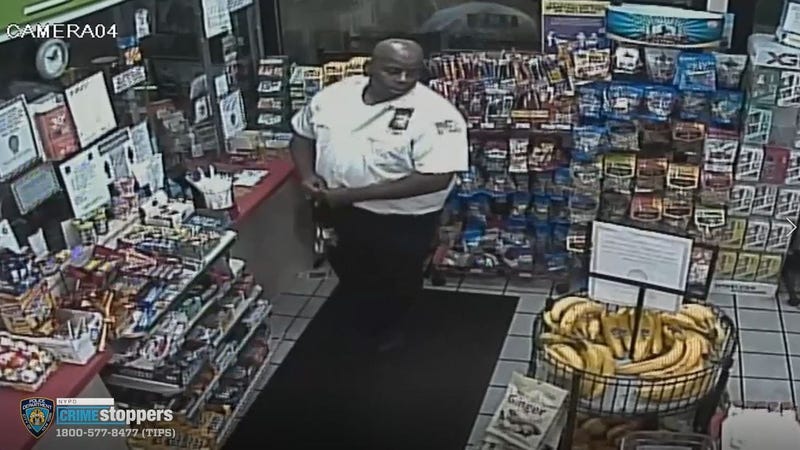 NEW YORK (WCBS 880) — Police are searching for a man who they say impersonated a police officer at the scene of a car crash in the Bronx.

Authorities say the suspect was inside a Mercedes Benz truck at a BP gas station in the Claremont section of the Bronx at 10 p.m. on Saturday.

The 30-year-old victim was pumping gas at his vehicle when a Uhaul truck attempted to leave the station and struck the victim’s car.

The suspect, who was inside his truck, exited his vehicle and identified himself as a police office, according to police.

He told the victim he saw the accident and would take care of reporting the incident at the nearest precinct. He requested the 30-year-old’s documentation and when the victim handed them over, the suspect fled the scene.

It’s unclear if the driver of the Uhaul also fell victim to the impersonation.

Photos released by police showed the suspect inside the gas station’s store. He can be seen in a white shirt with E.M.S. written on the back. It’s unclear if the suspect has any connection to emergency personnel.

No other information was released. The investigation remains ongoing.

Anyone with information in regard to this incident is asked to call the NYPD's Crime Stoppers Hotline at 1-800-577-TIPS (8477) or for Spanish, 1-888-57-PISTA (74782). The public can also submit their tips by logging onto the CrimeStoppers website at WWW.NYPDCRIMESTOPPERS.COM, or on Twitter @ NYPDTips.

All calls are strictly confidential.