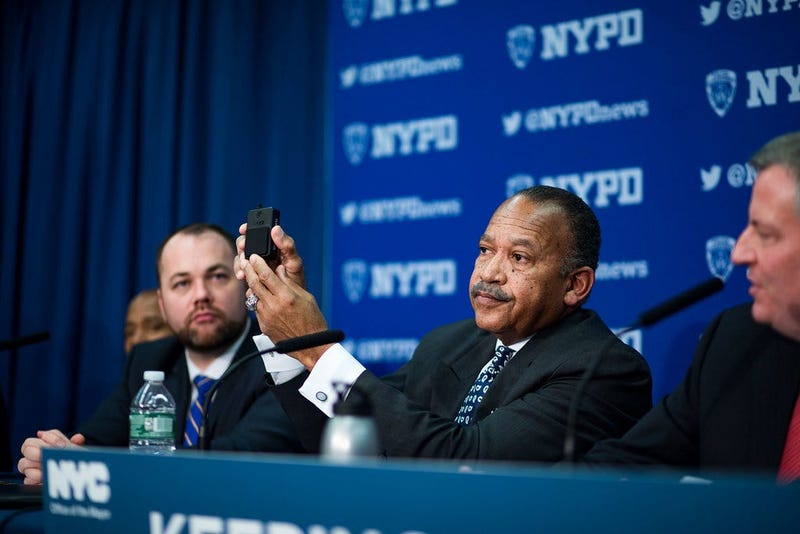 NEW YORK (WCBS 880) -- NYPD Deputy Commissioner Benjamin Tucker conceded on Wednesday that he was "disappointed" to have been passed over the role of police commissioner.

At a press conference Wednesday attended by Tucker, de Blasio, O'Neill, and Shea, Tucker was asked by reporters if he was disappointed about not being chosen for the job.

"What do you think?" Tucker responded, to laughter. "Hey listen, you know, yeah of course, you're disappointed, right? At the same time, you know, it's the mayor's call, right? And so I'll leave it there. I mean, but yeah."

He said he learned of the decision on Sunday night.

The mayor didn't talk about Tucker, O'Neill or Shea, he spoke about the team.

"There's a reason why crime has gone down six years in a row. It's because of this whole team up here. So, there's a lot of talent. Someone's gonna have the commissioner job, but there's a whole lot of talent and we depend on all that talent," de Blasio said.

The mayor has come under fire for choosing his third white commissioner for the top NYPD job. Tucker is the highest-ranking black official in the NYPD.

Public Advocate Jumaane Williams criticized the mayor's choice. "I am frustrated that this mayor who came in talking about diversity has now skipped over the top ranking black and brown people who work in the NYPD for another white male," he said on the Brian Lehrer show on Wednesday. "Three times, it seems to be a pattern."

Tucker began his career with the NYPD in 1969, and worked in both the Clinton and Obama administrations. He's served as First Deputy Commissioner since 2014.