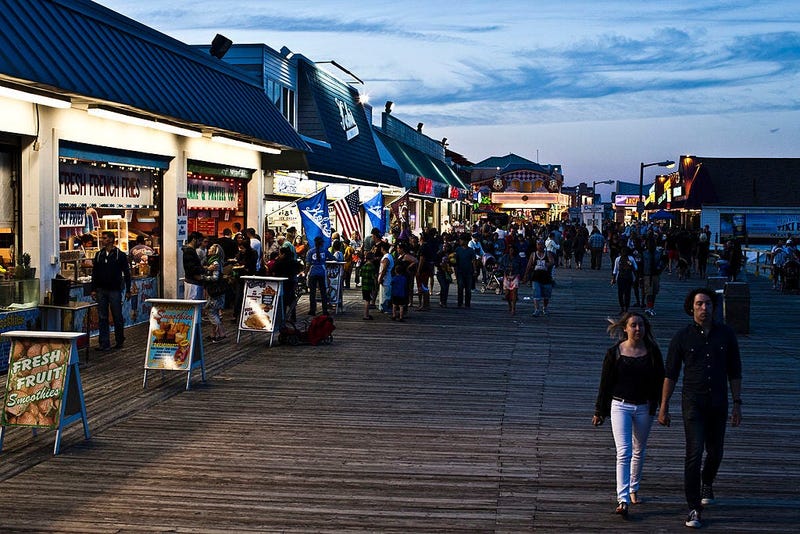 POINT PLEASANT, N.J. (WCBS 880) — Jenkinson’s Boardwalk is suing Point Pleasant Beach over the municipality’s crack down on alcohol on all beaches.

The boardwalk operator says town officials have overstepped their authority in regulating drinking on private land and violated federal law by mandating beaches must close after 7 p.m.

In the suit, filed on Aug. 28, Jenkinson’s Boardwalk says Point Pleasant Beach violated the Fourth Amendment – which prohibits illegal searches and seizures – when the city banned loud music and coolers greater than 2.25 gallons; and required beachgoers to be checked for drugs or alcohol at a beach entrance.

Under the ordinance, private beach operators can be charged with maintaining a nuisance if a beachgoer is found in possession of alcohol or drugs while on the sand – however, Mayor Paul Kanitra said beach operators would only face a fine of up to $1,000 if they repeatedly allow the behavior to continue.

Town attorneys have asked a judge to dismiss the lawsuit, saying no one has had their rights violated.

Kanitra also says the ordinances have been on the books for all New Jersey beaches for years.

“Most of this was really about enforcing already-existing state regulations and giving us the ability to that,” Kanitra said.

Point Pleasant Beach has had to hire more police officers and public works employees to deal with problems that have been going on for the past five years, the mayor notes.

“Public drunkenness, public drug usage, public littering and disrespectful behavior which has really grown in Point Pleasant Beach over the last five years or so,” he said, explaining the problems that have grown.

The mayor says just because Jenkinson’s Boardwalk operates certain portions of the beach, doesn't mean they're exempt from enforcement.