SLEEPY HOLLOW, N.Y. (WCBS 880) — Saturday will mark 78 years since the attack on Pearl Harbor, but time has not eroded the memory of that day for a 99-year-old World War II veteran from Sleepy Hollow who witnessed the devastation firsthand.

Armando "Chick" Galella was a young soldier stationed at Hickam Air Force Base next to Pearl Harbor on Dec. 7, 1941.

"Pearl Harbor was full of smoke," Galella tells Sean Adams in this week's Difference Makers: Stories from Main Street. "It was devastating... the men in the Navy had no more chance than a snowball had in hell."

Before Galella endured the horrors of war, he suffered through the Great Depression. The Army offered an opportunity, but Galella wasn't sure if he would make the grade. He got his nickname "Chick" because of his chicken legs.

When he went to enlist, he almost didn't make the cut because of his weight.

The doctor told him to go pick up some water and bananas and come back.

"I took about two or three bananas and I drank a lot of water, get on the scale it's 110," Galella said.

His mother was not pleased.

"No mother wants to see their son go into service, I don't care who you are, no mother wants their son in the service cause they're afraid you'll die. So mom wasn't very happy about it," Galella said. 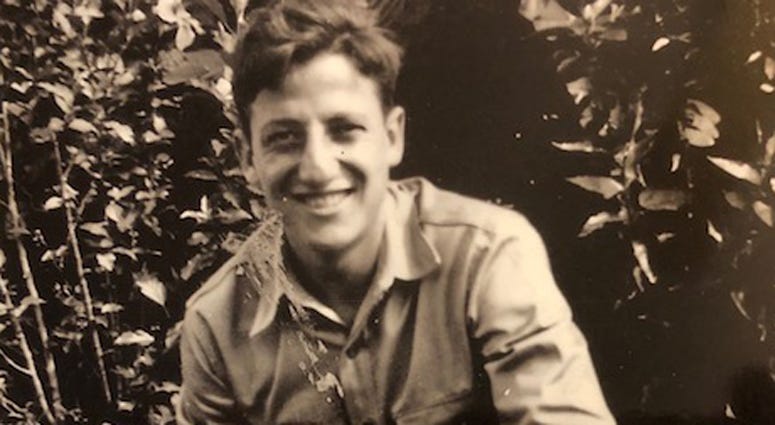 From Sleepy Hollow, he was off on a grand adventure to see the world through the Panama Canal to the Pacific to Hawaii.

"Hickam Field is next to Pearl. We used to watch the ships come in to Pearl. It was such a sight to behold because when the Navy comes in to port they all dress in white and what a sight to behold to see them coming in with all white onm" Galella said.

During peacetime duties were rather mundane.

"And we had to clean the pots and pans," Galella said.

One Sunday morning he earned a little break.

"I passed inspection, I got a pass to go downtown so I said to myself, 'Oh boy is that great, finally go downtown.' 19 years old," Galella said.

But he never made it into town.

"All of a sudden, 'Woom, woom!' What the hell happened here? I see the red circles, they're flying so low, they're flying as low as the trees. I said, 'We're being attacked!'"

It was a surprise attack. The United States was neutral at the time and the Japanese caught them completely off guard.

"All I saw of the ships was smoke and flames, smoke billowing, it covered the clouds. I said there must be nothing left," said Galella, who survived the attack by taking cover in a sewer.

A dear friend from Sleepy Hollow was also stationed at Hickam.

Decades later some memories still sting and the pain is still fresh.

"You see the body bags and who are they? Young men. Just put in body bags thrown in the back of a truck. This might be your son or your brother or somebody and that's what I think about sometimes and tears come down my eyes," Galella said. "The devastation was true. I still think about it and I don't even know how I got through or some of my friends, don't know, the grace of the Good lord. It changed me, I think I have more compassion for people."

As a Pearl Harbor survivor Galella, believes he has a solemn obligation to bear witness to speak for those who cannot. He speaks to school children about his experiences that day.

His dining room is full of construction paper cards, "thank you" notes and drawings from children. 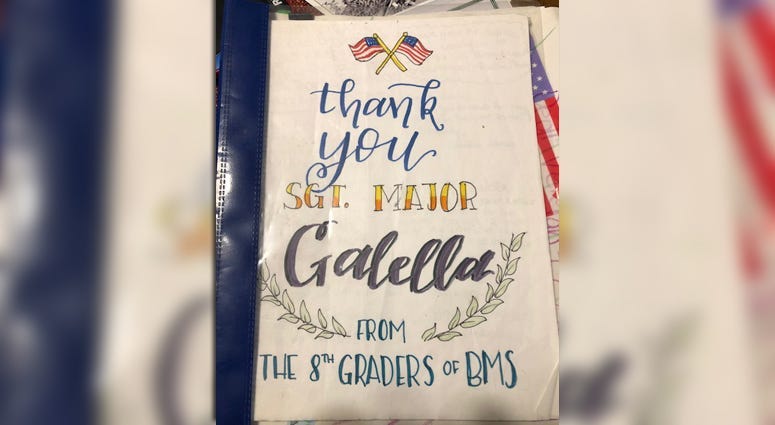 No history book can compare to the words of someone who was actually at Pearl Harbor.

"I'm not a hero. I want you to understand this and I'm not. I'm a survivor of the war, all your heroes have white crosses their heroes there's a want your respect not me. And I tell that to the students.

At 99, Galella is full of life. His eyes sparkle, his handshake is firm, and his work he says is not done. There is still something left that he would like to see accomplished.

"A mother grieves forever... until she dies, she grieves. It bothers me to no end there's no memorial to the Gold Star Mothers in Washington. Is there? They're thinking about it. I am going to with the grace the good lord I am going to try."