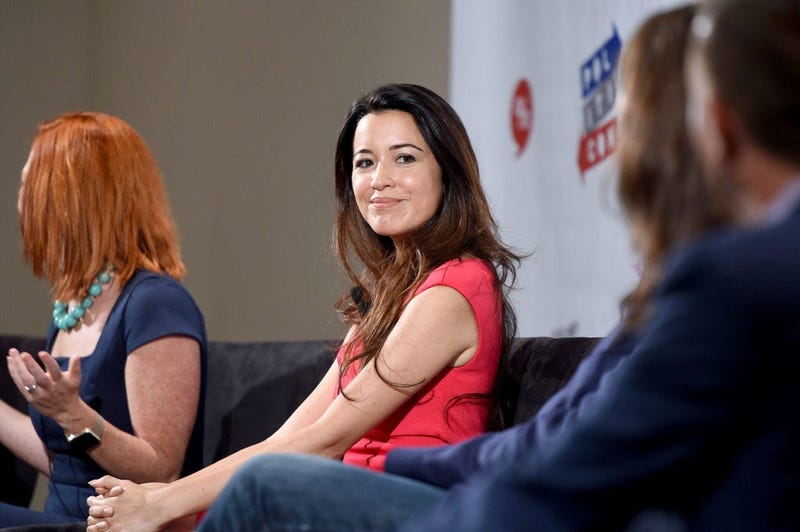 NEW YORK (WCBS 880) — Three women of the Obama White House are starting an unfiltered conversation about politics, pop culture and the role of women in the world today.

Together, they hope to offer their firsthand insight and analysis, and a woman’s perspective, on the issues and the candidates, America’s leadership around the world, and what this election means for future generations.

WCBS 880’s Lynda Lopez recently spoke with Campoverdi, who currently works as a women’s health advocate, about what listeners can expect from the show.

“That’s the interesting thing is because the three of us have really different perspectives, we grew up in different parts of the country. I’m Latina, I grew up in L.A. I was raised by an immigrant, single mother and really was, kind of the first generation to kind of plow through the higher education experience and eventually had the honor of working for President Obama but all of our experiences are very different,” Campoverdi said.

While the podcast’s title is creative, she adds that the reason they decided to create a podcast focusing on women’s issues in America now is because “it’s a really pivotal  time for our country and creating that space where you know people are really locked into a very polarized position, but if we're going to get anywhere and get the job done – and all of us have been in the White House is being that women were there first hand getting the job done – this moment isn't gonna be any different.”

Campoverdi says she and her co-hosts couldn’t just sit on the sidelines without creating a conversation.

“Like a lot of Americans were sitting here saying, ‘you know we just can't sit on the sidelines.’ And also what a historic time with the recent VP nomination of Kamala Harris,” she said. “Women's voices are so, so important right now and we want to continue to center them.”

Campoverdi says the podcast helps give diverse perspectives to the conversations that are already happening across the country.

“Whether it's political figures, people in media and people who are setting the table to have these conversations, we need to make sure, that again, it’s as representative as possible, because that's where you can get into nuances of the issues, instead of talking points, and one thing that listeners can expect from our podcast is it's not talking points,” the former Deputy Director of Hispanic Media said. “None of us are beholden to anything. We keep it super real.”

The first episode of the podcast premiered Monday with special guest Dr. Jill Biden and Campoverdi says their interview with her was their first choice.

“We want to have a conversation with her that was different,” she explains. “That actually asked her about the sexism on the trail, asked her about the differences in the trail that she experienced going through in ’08 with her husband to be the VP nominee, and then now, watching a woman go through is. Watching the shortlist be all women. How was that different?”

The podcast even got Biden’s first reaction to a recent article that compared the Vice President selection to the reality television show, “The Bachelor,” in which men hand out roses to women that they would select to be his romantic partner.

“She actually said ‘Joe is not giving a woman a rose, this is a major job, this woman is going to be a governing partner,’” Campoverdi said of Biden’s reaction to the article.

Campoverdi says the podcast is unique and adds that there’s “a little something for everyone” despite the three hosts being Democrats. She notes that their unique backgrounds and political beliefs will add to the conversation even further.

“We all share one thing in common which is, we all want to move this country forward, get the conversation back to being one full of civility in conversation. We want to do our best to blow up gender and cultural stereotypes and have those difficult conversations and so I think that listeners can look forward to really seeing the multi-dimensionality of women really represented in a way that has not been before in the podcast format,” Campoverdi says

“Pod is a Woman” is available on Apple Podcasts, Spotify, RADIO.COM and everywhere podcasts are available. New episodes will be available on Wednesdays.