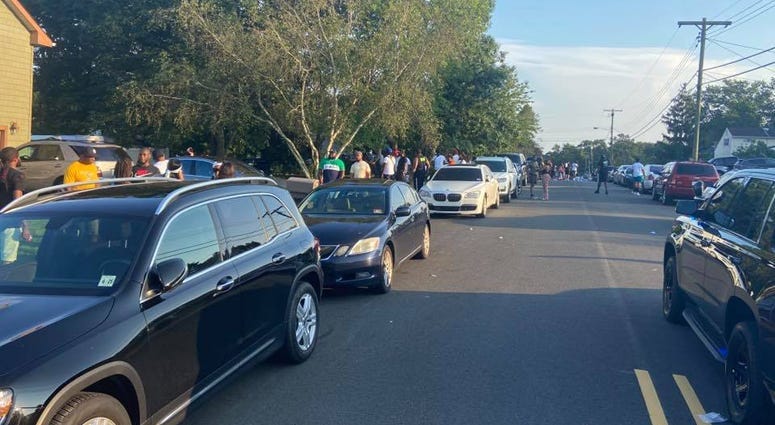 HOWELL, N.J. (WCBS 880) — Police in New Jersey had to break up another large house party attended by hundreds of young people over the weekend.

Nearly 300 people were at the so-called "pop-up party" on Sunday in Howell in Monmouth County.

Police from several nearby towns, including Wall, Brick, Jackson, Freehold, Monmouth and Ocean County Sheriffs as well as State Police, dispersed the crowd on Wilson Drive in Ramtown.

Only residents were allowed on roadways leading to Wilson Drive as police cleared out partygoers.

Most attendees left willingly, but Howell Police said, "Others are hesitant and are directing their anger towards the host who charged admission." The event, which was promoted on social media, charged an admission fee of $40 for men and $30 for women.

The host has been arrested.

Last week, Gov. Phil Murphy tightened restrictions on indoor gatherings, claimng a recent increase in positive coronavirus test results on indoor parties – such as a house party that attracted over 700 people to a mansion in Whispering Hill.

“To be clear, this tightening caps indoor house parties at 25 people – period,” Murphy said, adding that gatherings exempt from the 25 people capacity include weddings, funerals, memorial services and religious and political activities protected under the First Amendment. They may continue with limitations of 25% capacity or a maximum of 100 people.

“We cannot be any clearer that indoor gatherings — especially large, crowded ones, where social distancing isn’t being practiced and face masks aren’t being worn — are not safe,” the governor added.