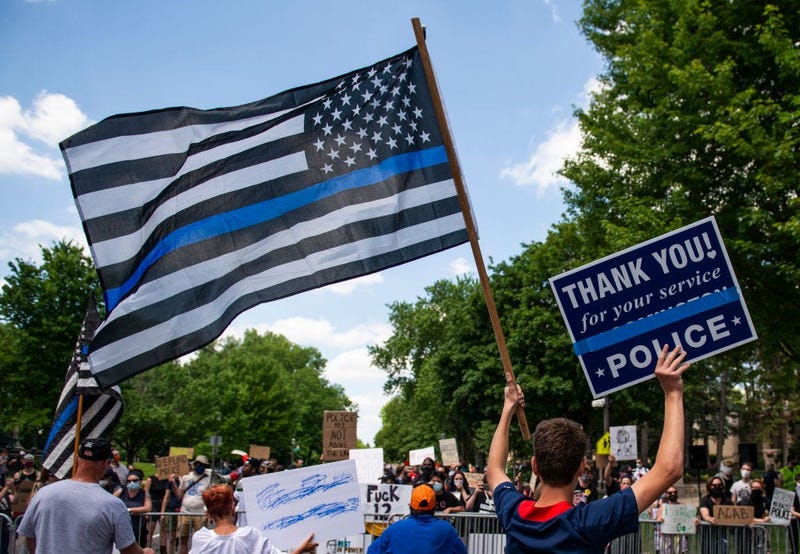 The New York Post reports the two groups, Blue Lives Matter NYC and Standing Up for NYC, filed the lawsuit in the South District of New York on Monday.

They are accusing Mayor de Blasio and the Department of Transportation Commissioner Polly Trottenberg of violating their First Amendment rights by forbidding their pro-police message.

They say it is discriminatory since the city has approved of multiple “Black Lives Matter” murals on city properties.

Blue Lives Matter NYC and Standing Up for NYC say they want to honor police officers and boost morale in the New York Police Department.

They say "Black Lives Matter" is "highly political" and supports "extreme measures" such as defunding the police.

City Hall has not commented on the suit.