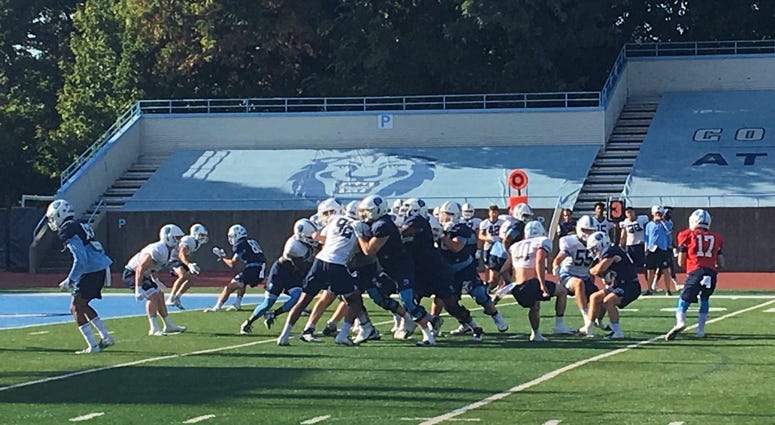 NEW YORK (WCBS 880) -- The Columbia University Football season opens Saturday and while the games might be violent, the practices are not.

The crashing of pads is a thing of the past after the Ivy League banned live tackling at in-season practices three years ago in an effort to reduce concussions and other injuries.

VIDEO. Check out what’s missing during this @ColumbiaLionsFB practice: tackling. This is an @IvyLeague rule to improve player safety. Players and coaches think it’s good for the game. Listen in the AM @wcbs880 @Columbia pic.twitter.com/uqXzQk7uFv