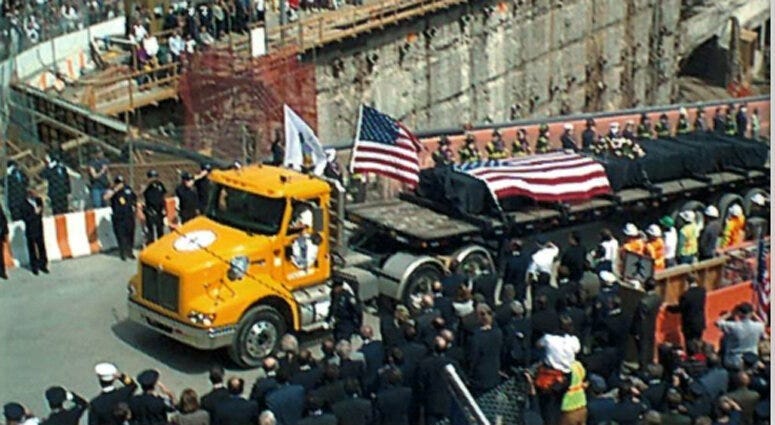 NEW YORK (WCBS 880) — Saturday marks 18 years since the clean up of ground zero was officially completed.

There's almost a gravitational pull that brings Anthony Palmeri to the 9/11 memorial on May 30, but this year the pandemic will keep him away.

"And especially this year that we can't be there, it kind of stings," Palmeri said. "It stings because it's someplace I want to be, someplace I need to be."

The retired sanitation worker was side by side with people who wanted to lift New York back on its feet after the Sept. 11 terror attacks.

"For me it was the most humbling, gratifying feeling I've ever felt in my entire life," he said.

Alice Greenwald, President and Chief Executive Officer of the National September 11 Memorial & Museum, said this year's commemoration will take place virtually. The commemoriation ceremony will be held at 11 a.m. Saturday and can be viewed HERE.

She sees this as a way to say thank you.

"Tell the story of the recovery and also pay tribute and offer appreciation to those who stepped up in a time when we needed them," Greenwald said.

Last year, there was a powerful tribute to those who cleaned up ground zero as a section of the 9/11 Memorial was dedicated to the responders involved in that effort.

On May 30, 2002 the final steel column from the original World Trade Center was put on the back of a flatbed truck. It was covered with a flag and made its way up a 500-foot ramp that went from the pit up to the street.  The moment marked the end of the cleanup, which saw 1.8 million tons of debris removed from the site.

But for many of the thousands of workers who toiled at the site, it was the beginning of sicknesses.

The 9/11 Memorial Glade pays tribute to those rescue and recovery workers. The glade sits in an opening surrounded by white oak trees and is flanked by six stone monoliths, ranging from 13 to 18 tons, that are inlaid with World Trade Center steel and point to the heavens. The monoliths symbolize the strength and determination of those who have been sickened or who have died of 9/11-related illnesses.