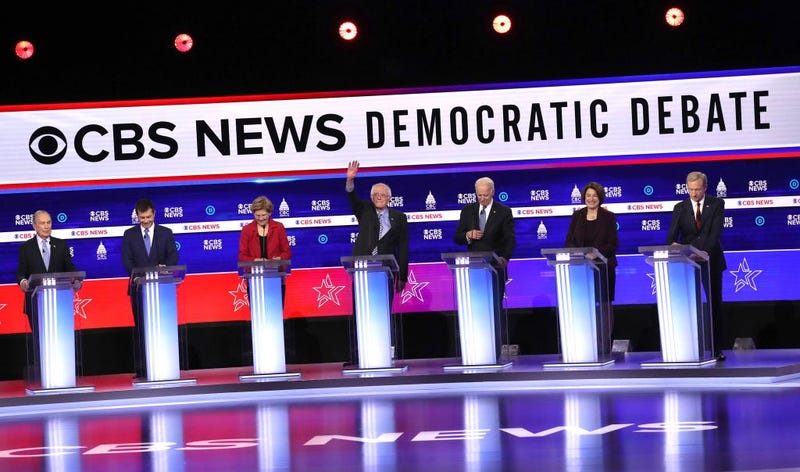 It's the last chance for candidates to make a pitch on the national stage before Saturday's South Carolina primary and the Super Tuesday contests on March 3.

Here's everything you need to know about the debate.

Where to watch/listen: CBS stations, including right here on WCBS 880

Major Garrett spoke with WCBS 880 to discuss what to look out for at tonight's debate.

SANDERS IN THE SPOTLIGHT

Leading in total votes and delegates, Bernie Sanders is considered the front-runner at the moment and that will likely make him a top target at the debate. Some rivals have already released attack ads against the Vermont senator.

"We anticipate whatever questions we ask, the candidates not named Bernie Sanders will give a momentary answer and then direct fire, if they can, to Bernie Sanders raising issues not only that are familiar to voters but some that may not be," Garrett said.

Sure to come up are Sanders' recent comments praising some of the policies of the late Cuban leader, Fidel Castro.

"There's been a controversy in the last 24 to 36 hours about in his past was Bernie Sanders rhetorically sympathetic to communist regimes in Latin America, Central America and is that relevant in this modern campaign?" Garrett said. "Bernie Sanders has said no it's not and he wasn't rhetorically sympathetic, but I do think based on information I've gotten from the campaigns they think that's a place to begin taking some of the luster off the Bernie Sanders momentum."

Following an underwhelming performance in his debate debut last week, Bloomberg will be looking for an opportunity to regain his footing in Charleston.

"That's going to be another dynamic," Garrett said. "How sharp or is he sharper than he was the first time? Can he make the second time around a decent first impression? That's a very tough thing to do in politics."

Bloomberg sustained the brunt of the attacks in the Nevada debate and while the spotlight is expected to shift to Sanders this time around, Garrett said Bloomberg can't just sit back and watch.

"Bloomberg has got to make some inroads in Super Tuesday states which will vote a week from today to make this campaign of his relevant," Garrett said. "He's spending a lot of money, he's rising in national polls, but you've got to put some victories or delegates on the board and his first opportunity to do that will be next Tuesday and to do that, to accomplish that, he's going to need to make some impressive impressions tonight."

A new CBS News Battleground Poll has Biden leading the pack in South Carolina ahead of the state's primary and the former vice president will look for a strong victory to build momentum heading into Super Tuesday.

"For Joe Biden in particular a loss or even a narrow victory in South Carolina could be the end of his campaign," Garrett said.

Meanwhile, South Carolina's largest newspaper, The State, has endorsed Pete Buttigieg calling him “the energetic, disciplined candidate who can offer voters a powerful yet pragmatic vision.”