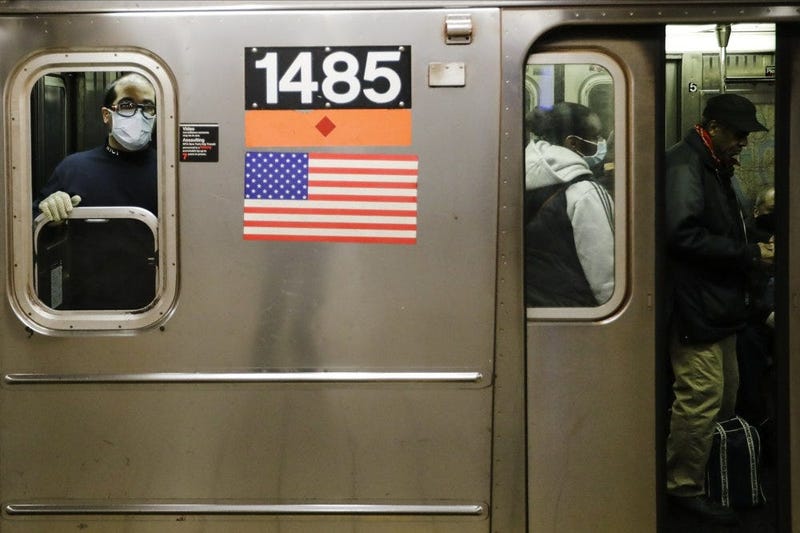 New York Times transit reporter Christina Goldbaum tells WCBS 880 anchor Paul Murnane that the subway’s ventilation system moves air within train cars more efficiently than other establishments, but it is not a guaranteed way to protect against the coronavirus.

“What we found is that the fresh air inside of a subway car replaced all the recycled air,” she explains. “That means that inside any subway car, at any given time, that recycled air that’s moving through the filter system is being replaced about every 3 minutes and 20 seconds.”

She notes, however, that the subway’s filtering system is not foolproof.

“All of the air that's moving through the ventilation system, you have two units that sit on top of either end of a subway car, those units have filters that can block a lot of particles, including some viral particles, but not all particles and that's the kind of big but that we've learned when we delved into the system,” Goldbaum said.

Because the train cars are moving, they also allow for new air to flow into the car more quickly, causing air with viral particles to be shifted out of the train car. However, it still depends on the type of train car you’re riding on.

The Times reports things could change in the future, though, as more people return to the system.

“It's about 20% of usual ridership that means that when more riders come into the system and subway cars are more crowded that also increases the likelihood that you could get sick from an infected rider,” Goldbaum said, adding that there are three key areas to make sure people don’t get sick.

In the investigation, the Times simulated a sneeze with and without a mask on, showing that without a mask, particles are more likely to stick to surfaces and people rather than be filtered out of the train with a mask on.

Even when riders are wearing masks, it is possible for a passenger to inhale the viral particles exhaled by a sick passenger if they are standing shoulder-to-shoulder, which the Times says can become a larger issue when more people return to the susbways,

Goldbaum adds that subway riders are required to wear face masks and the transit agency has been offering free masks to riders who do not have them.