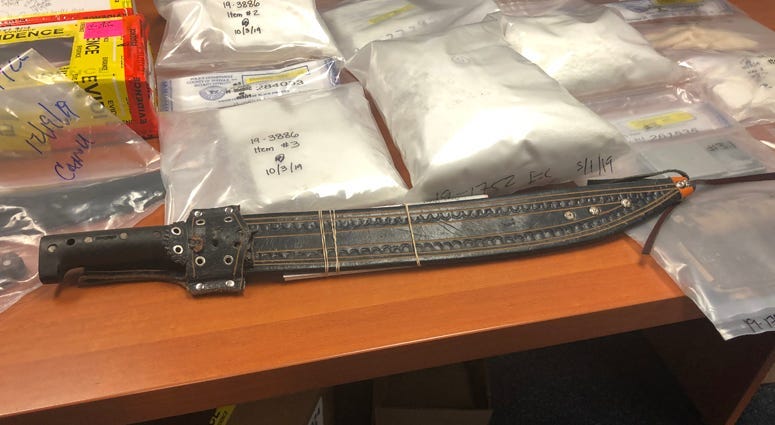 NEW YORK (WCBS 880) — A two-year investigation has netted 96 MS-13 gang members and associates in Suffolk County in the largest takedown of the violent street gang in the state's history.

"This in investigation has resulted in over 230 arrests of MS-13 gang members in New York, throughout the country and in El Salvador," Sini said.

This all began with the arrest last year of a leader nicknamed "Ghost" and from there using 200 wire tapes of cell phones authorities arrested the 96 others, WCBS 880's Sophia Hall reported. 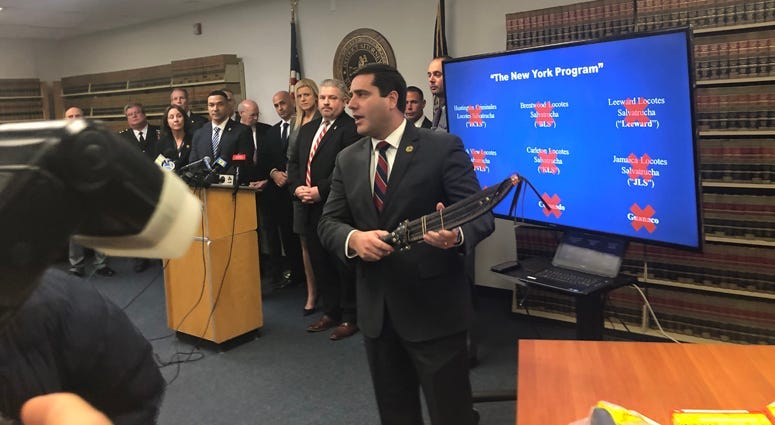 When asked if the gang is now eradicated in Suffolk County, Sini said no, adding that there are still members and law enforcement will continue to work to arrest them.

The gang originated in Los Angeles by members from El Salvador and spread around the country.

The gang is suspected of being behind dozens of killings on Long Island over the past several years.

The 2016 murders of 16-year-old Kayla Cuevas and her best friend 15-year-old Nisa Mickens, who were ambushed by MS-13 gang members and slaughtered, brought national attention to the string of killings.

Last year, Gov. Andrew Cuomo announced that the state would commit another $20 million towards combating MS-13 and gang recruitment on Long Island.