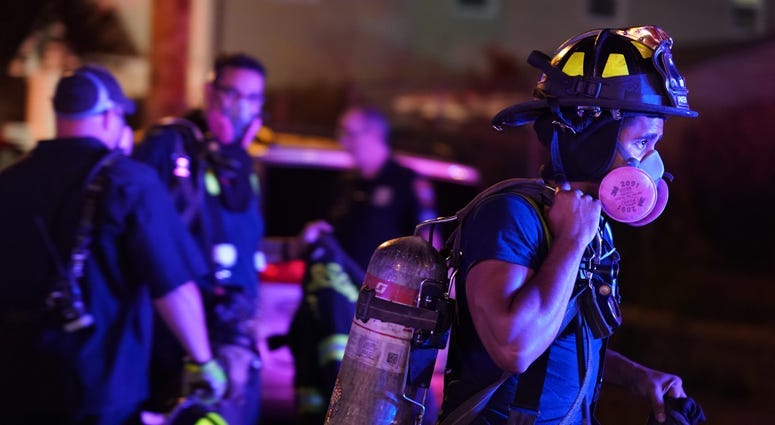 PATERSON, N.J. (WCBS 880) — A fire on Thursday morning led to the discovery of a suspected drug operation in a New Jersey home.

Firefighters responded to the residence on Illionois Avenue after 1:30 a.m. following a report of a possible explosion at the multi-family home..

A small fire at the home was extinguished and authorities later discovered the alleged drug mill in the basement, where officials said various chemicals and substances used to make synthetic marijuana were found, the Associated Press reported.

According to the Associated Press, the people believed to be responsible for the apparent drug operation were not home when authorities arrived.

Four firefighters were hospitalized after being overcome by fumes. They are expected to be OK.