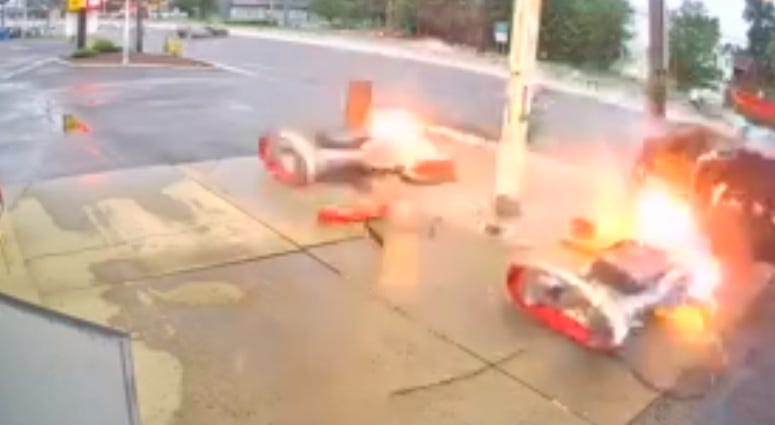 The incident happened on Route 1 North near Driscoll Road in New Brunswick on Tuesday morning as rain from Tropical Storm Isaias moved into the state.

Video shows the SUV sideswipe a vehicle that was trying to turn into the gas station.

The SUV then careened into the gas station, striking two pumps which burst into flames.

The SUV flipped on its side before coming to a rest.

"We are fortunate to say that there were no life threatening injuries reported," New Brunswick Police wrote on Facebook. "Just a reminder to please use caution while driving.''

Additional details about the crash were not released.