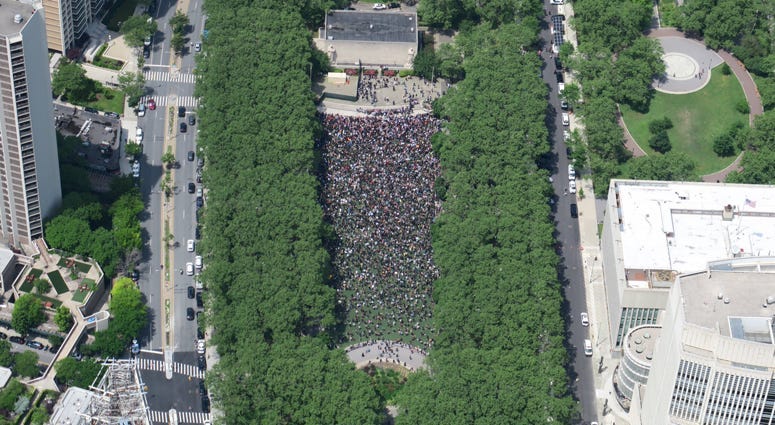 NEW YORK (WCBS 880) — Protests popped up all across the city for the eighth day of demonstrations on Thursday as thousands gathered for a memorial service in Brooklyn to honor the memory of George Floyd, whose death in Minneapolis police custody sparked nationwide protests and riots.

The crowd Gathering at Cadman Plaza in Brooklyn for the #GeorgeFloyd memorial:@wcbs880 pic.twitter.com/objwBJam2G