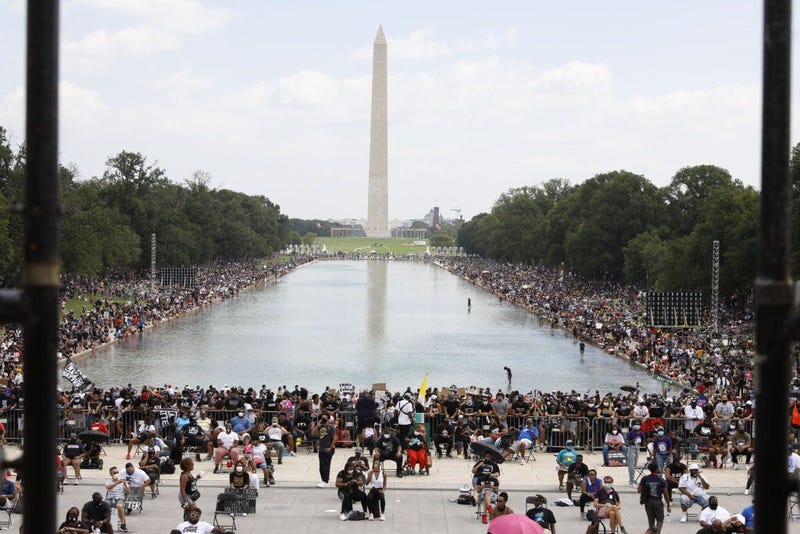 NEW YORK (WCBS 880) — Thousands of people descended on the nation’s capital on Friday for a major march on the anniversary of the 1963 Civil Rights March on Washington.

Capping a week of protests and outrage over the police shooting of Jacob Blake in Wisconsin, civil rights organizations from across the country brought the fight to Capitol Hill, near the steps of the Lincoln Memorial – the very spot where the Rev. Martin Luther King, Jr. delivered his historic “I Have A Dream” address.

“We stand and march for love, and we will fulfill my grandfather's dream,” Yolanda Renee King, granddaughter of Martin Luther King, Jr., says during the March on Washington. https://t.co/S58qRg2xjv pic.twitter.com/9HKWOrmKk8