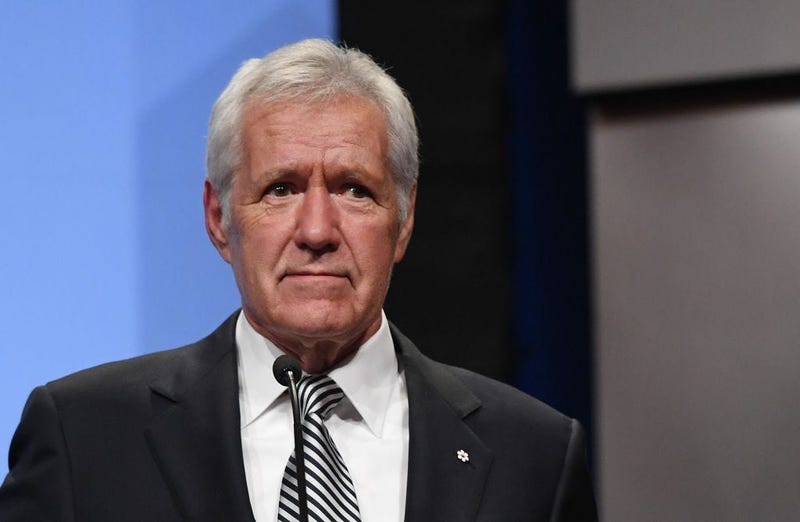 NEW YORK (WCBS 880) — Alex Trebek suggested in a recent interview that his battle with pancreatic cancer could possibly mean the end of his time on “Jeopardy!”

The 79-year-old, who has hosted the popular trivia show for 36 seasons, told CTV that his skills “have started to diminish.”

Trebek revealed his stage 4 pancreatic cancer diagnoses earlier this year after learning he was near remission in May.

In September, he announced he would need to go for another round of chemotherapy and added that taping the show was becoming more difficult as he battled his illness.

During the interview, Trebek told CTV that he has noticed he has begun to slur his worlds and said his tongue “doesn’t work as well at it used to.”

“When I feel like my skills have diminished to the point I notice and bothered by it, I notice now, but I'm not as bothered by it because all of the people around me are saying, ‘No it's okay.’” Trebek said. “But there will come a point when they will no longer able to say, ‘It’s okay.’”

Trebek says he also regrets taking his cancer fight public because people have turned to him for guidance in their fights and he notes: “I don't know if I'm strong enough or intelligent enough to help alleviate some of that despair, so it's tough on me.”

The “Jeopardy!” host has said he does not worry that the American Cancer Society puts the survival rate over five years for all forms pancreatic cancer at 9% because he has “lived a good life.”