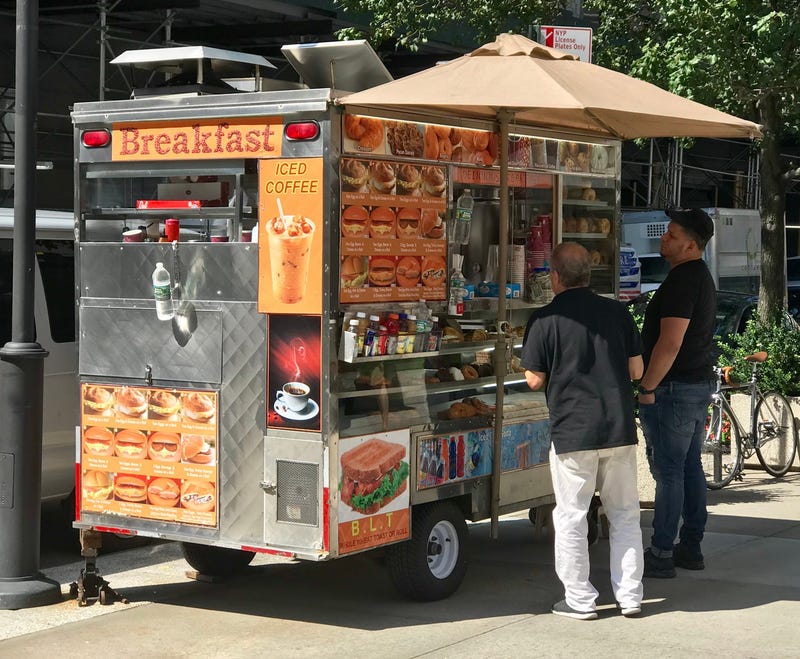 NEW YORK (WCBS 880) — New York City’s street vendors say times are tough and the city is making it even more difficult to survive through the coronavirus pandemic.

After no work and no income for several months, food vendor Nabil Boussbaa says he returned to his usual spot by the World Trade Center a few weeks ago. Though, instead of customers, he was greeted by the NYPD.

“In the first week when I went back to work the police gave me a $500 fine, because I was standing a too close to the crosswalk,” he explains.

Boussbaa says the fine cost him an entire week of income because of how much business has dropped during the pandemic.

“The police treat us with a lot of disrespect. They never help us and they never treat us fairly,” he says.

Meanwhile, some vendors who have been trying to get a permit from the city for years are still unable to do so because of the cap on the number of street vendors allowed in the five boroughs. Since the 1980s, there’s been just 4,000 street vending permits to go around.

Boussbaa was among dozens of vendors who gathered in Manhattan on Thursday, demanding an overhaul by the city. They pushed for the City Council to approve a bill that would end NYPD oversight of vendors and lift the current cap on permits.

Councilwoman Margaret Chin proposed the bill, which has generated support from many across the city.

“Let's get this done so that they can continue to support their families,” Chin said.

State Sen. Jessica Ramos is also a supporter of the bill.

“We should be helping those who are investing in our economy, not hurting it. Especially when they’re doing honest, good and delicious work,” Ramos said.