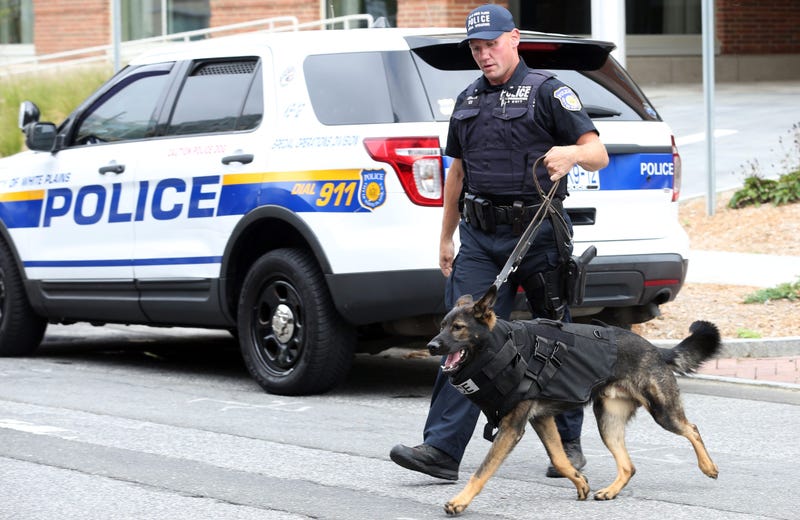 WHITE PLAINS, N.Y. (WCBS 880) — Westchester County police officers are being advised to stay out of New York City now that Mayor Bill de Blasio has signed a law banning the use of chokeholds.

Police unions in the county told officers Thursday not to cross the border into New York City and told them not to enforce the law in the five boroughs if possible.

The groups told officers to be wary of crossing into the city in fear that Westchester cops could be criminally charged for making a lawful arrest.

New York State law already bans chokeholds, but New York City officials took it one step further this week, mandating that police cannot subdue a person resisting arrest by kneeling or sitting on the person’s back or chest.

Yonkers police officers have also been advised not to pursue suspects into New York City limits.

“Despite our best efforts to minimize the use of force, it remains well possible that a police officer’s knee may end up on the chest or back of a violent suspect during a scuffle or arrest, especially during a one-on-one situation,” said Yonkers Mayor Mike Spano. “We will not subject our officers to the threat of a year in jail every time they have to deal with a violent or mentally ill subject resisting arrest. New York City’s new law goes beyond effective policing. It jeopardizes the safety of both police officers and the public.”

“When somebody doesn't want to be put in handcuffs and the adrenaline is flowing, it's nearly impossible to do it and to do it safely and to take techniques away from us that allow us to do it in a safe way is just a really bad idea,” he said.

The union representing state troopers is also concerned and has called for all state police to be pulled out of New York City.

New York City Mayor de Blasio signed the legislation as part of a package of police reform bills on Thursday.