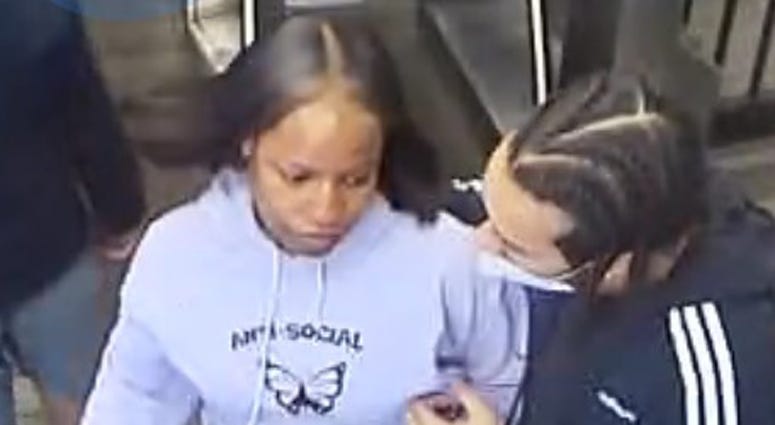 NEW YORK (WCBS 880) — Police say two suspects attacked a woman at a Brooklyn subway station this week after she asked one of them to wear a face mask.

The 28-year-old victim was hit in the head and body before the two suspects took her cellphone and threw it on the ground.

She was also sprayed in the face with some type of liquid. The woman was taken to the hospital with bruising.

The attack, which happened at the Union Street Station around 7:30 p.m. Tuesday night, was caught on video.

The NYPD is looking for a male and a female suspect.

Anyone with information in regard to this incident is asked to call the NYPD's Crime Stoppers Hotline at 1-800-577-TIPS (8477).

It is mandatory to wear a mask while riding public transit in New York City. The MTA recently started issuing fines to people who refuse to wear masks on subways, buses and commuter trains.