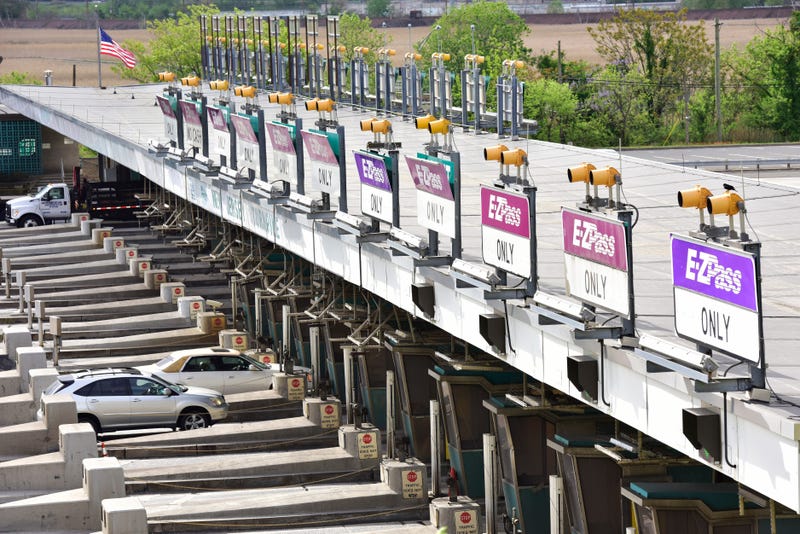 NEW YORK (WCBS 880) – Starting Sunday, drivers in New Jersey are getting hit with toll hikes on major toll roads. It comes just weeks before the gas tax goes up in the state.

Tolls are going up by 36% on the New Jersey Turnpike, 27% on the Garden State Parkway and 37% on the Atlantic City Expressway.

The toll hike was approved by the New Jersey Turnpike Authority back in May, and was signed by Gov. Phil Murphy.

The higher tolls will fund a $24 billion construction plan that includes $16 billion to widen sections of the turnpike and parkway, permanently implement cashless toll payment and replace a bridge between New Jersey and Pennsylvania.

Construction and labor groups supported the plan, while environmental groups and some motorists criticized it.

“It makes absolutely no sense. It’s sort of the wrong toll hike at the wrong time for the wrong purposes,” said Jeff Tittel, director of the New Jersey Sierra Club.

Tittel said people shouldn’t be footing the bill at a time when they’re driving less amid the pandemic. He said the little money going towards NJ Transit improvements to hopefully reduce highway traffic isn’t enough.

“It’s not like they’re going to be using the money to fix NJ Transit and make it ride better or add more cars to it or help make it deal with the COVID virus. It’s just putting a few hundred million dollars in it that’s going to do very little,” he said.

Tittel said since March he has sent letters to the governor and transit authorities asking for meetings regarding the toll hikes and still hasn’t gotten a response.

The hikes come as gas taxes in New Jersey are set to increase by 9.3 cents a gallon on Oct. 1.

“I just don’t understand why we’re spending all this money for projects we don’t need at a time when people are hurting and at a time we’re going to get hit with a one-two punch of a gas tax hike and a toll hike,” Tittel said.

According to NJ.com, toll authority officials said that the capital plans will benefit the state as it tries to recover from the economic fallout of the pandemic.