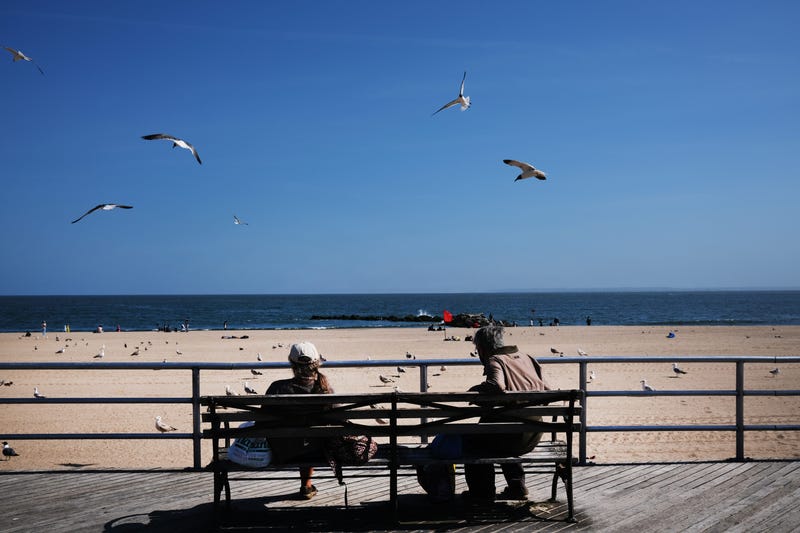 NEW YORK (WCBS 880) – New York City beaches will be open for Memorial Day weekend, but with plenty of restrictions for beachgoers.

The NYPD said late Thursday that beaches would be open for sunbathing and walking along the sand, but people can only enter the water up to their ankles. No swimming is allowed since there won’t be lifeguards.

“The beaches are open, but the water is not for swimming,” Brian Conroy, assistant chief of the NYPD’s Patrol Borough Brooklyn South, said Thursday. “You can go in ankle deep, wade in the water.”

Surfers, however, are allowed to enter the water, Conroy said.

The new rules have been criticized as confusing, with some local leaders panning the mixed messaging.

“If you’re saying the water is closed to anyone then they have to be closed for everyone,” City Councilman Donovan Richards told the New York Post.

It’s unclear how many people will actually venture out to beaches this weekend since the forecast is calling for rain, clouds and cool weather.

At his daily briefing Friday, Mayor Bill de Blasio reiterated that beaches will be closed to swimming and that social-distancing rules will be enforced. He said he remained optimistic that New Yorkers would follow the rules.

“I am very hopeful this weekend that you’re going to see people at our beaches following the rules, because it’s the right thing to do,” de Blasio said.

The mayor's further list of no-no's including no sports, no volleyball, no gatherings.

"We want to make sure that people understand what the beaches are for today. You can walk on the beach, you can hang out on the beach, but do it in a manner that is consistent with everything we've been talking about: you're socially distanced the whole time, you wear the face covering," de Blasio said.

De Blasio said the Parks Department will be taking the lead in enforcement, “but if they need support from the NYPD, they will have it.”

He said there will be a 30-percent increase in the NYPD beach detail and that 2,300 social-distancing ambassadors will be handing out masks and watching for overcrowding at 230 parks. The mayor said there will be head counts at beach access points. He said 50 city vehicles will make announcements with loudspeakers.

Earlier this week, de Blasio threatened that anyone who enters the water could be “taken right out.” He said walking on the beaches is all right but warned officials would be keeping an eye on capacity to make sure crowds weren’t forming and visitors were adhering to social distancing rules requiring people stay six feet apart. He threatened to fence off beaches if crowds get too large.

“We now have more than any place in this nation, because we have found a model that works,” the mayor said.

The MTA urged beachgoers to stay off mass transit over the holiday weekend, saying in a statement Thursday that the subways, buses and commuter rails are for essential workers only.

Earlier this week, news that New York City waters would remain closed to beachgoers led to fears that city residents would flood nearby beaches in New Jersey and Long Island. Some municipalities and counties, like Nassau and Suffolk, are restricting access to local residents only.

At state beaches, swimming is allowed from 9 a.m. to 5 p.m. Group activities like sports, however, are banned and social-distancing measures are being enforced. There will be no concessions, and areas that encourage gatherings like playgrounds and pavilions will be closed.