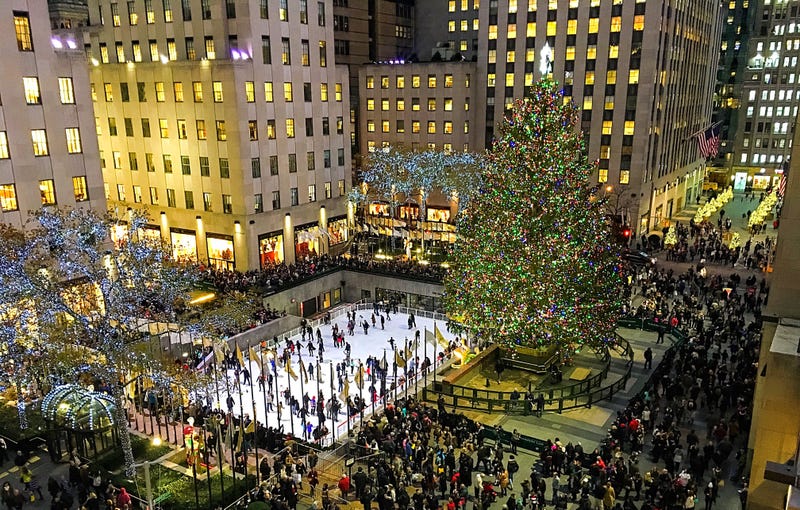 People who have jammed themselves into Rockefeller Center to ice skate or see the famous tree will likely cheer the news: 49th and 50th streets around Rockefeller Plaza will be closed to cars during most afternoon and evening hours through the holiday season.

But Gerard Fitzgerald, president of the Uniformed Firefighters Association, says “this is going to cripple us.”

“That’s going to force drivers to use other routes, which is going to jam-pack those areas, and then you’re going to have a ripple effect going out from river to river,” Fitzgerald said.

He says the move is part of a bigger pattern as the city takes more road space from cars and gives it to buses, cyclists and pedestrians.

City Councilman Keith Powers advocated for the closures and doesn't believe they'll be a problem.

“I don’t think closing down two, three streets is going to cause mass chaos,” Powers said.

He says the closures will make the area safer, though he’s always open to making adjustments.

“It’s much safer when you can actually close the streets down and not have to worry about vehicles that are going down those streets during really congested times,” Powers said.

In a statement, FDNY spokesman Frank Dwyer wrote: “As has happened every year during the holiday season, the Department will work closely with NYPD and DOT to ensure both the safety of New Yorkers and visitors, and that our members can quickly respond to emergencies in and around Rockefeller Center.”

City Hall spokesman Will Baskin-Gerwitz also released a statement, writing: “Keeping New Yorkers safe across the city throughout the holiday is of the utmost importance. The NYPD and Department of Transportation employees on the ground at Rockefeller Center will have the flexibility to re-open lanes of traffic as necessary in the event of an emergency.”