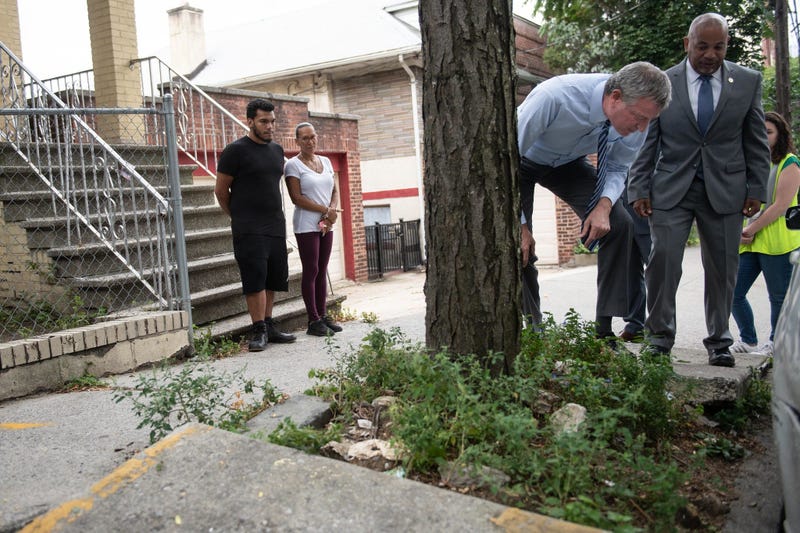 NEW YORK (WCBS 880) — Homeowners in New York City will no longer have to foot the bill to pay for cracking sidewalks caused by city trees.

Mayor Bill de Blasio on Tuesday announced the city will now pick up the tab.

“If a tree causes damage to a sidewalk, the City of New York will take responsibility,” he said.

Before the announcement, if a city-planted tree pushed up the sidewalk at the edge of a home, residents were on the hook for the cost of fixing it. The city could also send a notice of violation, which would mean a lean on the property.

He says the Department of Transportation will also be reviewing 50,000 existing violations to determine which were caused solely by city trees.

The city is currently in the process of beefing up the number of contractors to fix the sidewalks.

There are an estimated 5.2 million trees in New York City and about 650,000 of them are planted along public streets.