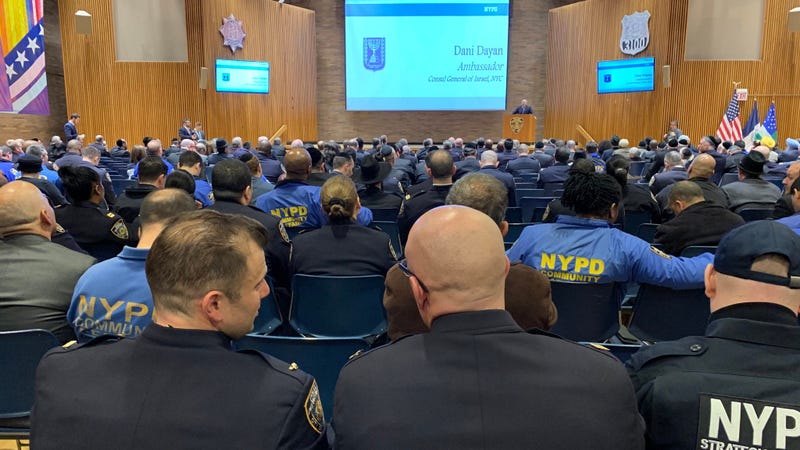 NEW YORK (WCBS 880) — The NYPD is assuring the city’s Jewish community that synagogues and cultural centers will get extra attention before and during the Passover holiday.

Local rabbis and religious leaders gathered for the 40th annual NYPD pre-Passover briefing in a year that has seen a spike in hate crimes, according to head of the bias crimes unit Timothy Hollywood.

“Unfortunately, it has been a horrific first quarter of the year,” said Hollywood, “We had 115 cases vs. 66 for a 74 percent increase.”

With Passover set to begin on Friday, April 19, the NYPD invited community leaders and representatives of precincts across the city to One Police Plaza to discuss security and community concerns. pic.twitter.com/mSP07jA7VY

Anti-Semitic crimes are up this year by 50 percent, the highest number reported in Crown Heights, Brooklyn.

Police Commissioner James O’Neill calls the increase troubling but promises, “We certainly won’t hide from this. It only strengthens our resolve to combat any and all forms of bias, prejudice and hate, but we need your help.”