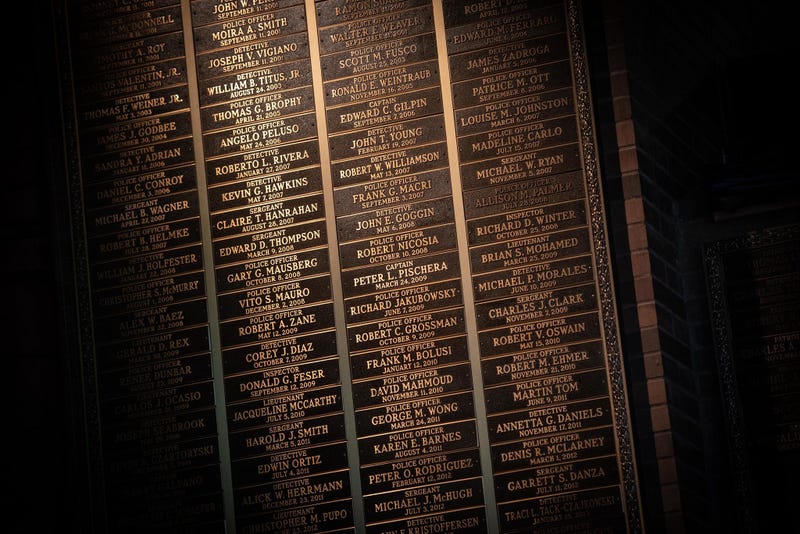 NEW YORK (WCBS 880) — The NYPD held a ceremony Friday to honor officers who had died of September 11-related illnesses.

During the ceremony, the names of 47 fallen NYPD officers who worked at Ground Zero following the fall of the twin towers were added to a special memorial tablet at the Hall of Heroes at police headquarters.

It was the largest group to be added to the 9/11 section of the memorial.

Later this morning, we add 47 names to our Hall of Heroes at NYPD headquarters during our Police Memorial Day ceremony. We continue our vow to #NeverForget each one of them. pic.twitter.com/u7CwNc5OdA

“The tragedy of September 11, 2001 has not ended for us, for our families or for our great city. We lost so much that day and it’s not over,” said Police Commissioner James O’Neill

Mayor Bill de Blasio also spoke at the event and reflected on the dark day and heroism of the officers.

“The nation watched, the world watched the greatest act of terror to ever befall this nation and what the world saw was courage in the face of evil,” the mayor said. “Strength, unity, resolve.”

Sadly, the unveiling of names of the fallen has become an annual May ritual for the NYPD.

“Those we honor today payed a price for their heroism that day, and that price was a horrible illness,” de Blasio said of the fallen officers.

He noted that all lived with dignity and strength and embodied the NYPD motto: Faithful unto death.