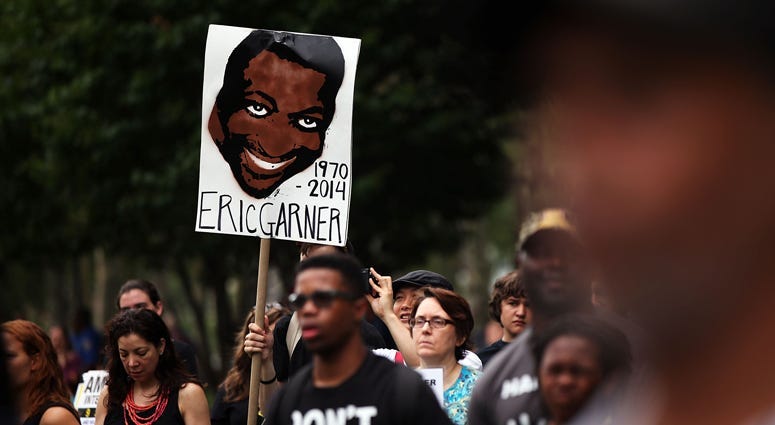 The decision came after Pantaleo, who is accused of using a chokehold on the 43-year-old Garner, tried to block the Civilian Complaint Review Board from prosecuting him. He argued the board had no jurisdiction to bring the case forward.

"The Civilian Complaint Review Board is the appropriate body to prosecute Officer Pantaleo," CCRB Chair Fred Davie said in a statement following the decision. "We anticipate a fair and thorough process as we move toward closure for the Garner family and the City of New York."

The CCRB says Pantaleo used excessive force on Garner, who died on July 17, 2014 after suffering a heart attack as he was being arrested for allegedly selling untaxed cigarettes on a Staten Island street. Video of the incident showed Garner repeatedly shouting that he could not breathe while Pantaleo had his arm around his neck.

Last month, the NYPD’s chief surgeon said Garner was not taken down by a chokehold, contradicting the findings of the city’s Medical Examiner, which called Garner’s death a homicide and concluded that injuries caused by the compression of Garner’s neck and chest contributed to his death.

Speaking outside the courthouse, Garner’s mother Gwen Carr said police and Pantaleo’s attorneys have tried to derail the case for over five years.

She says it’s time for Pantaleo and others to face the consequences of their actions, especially “the ones that pounced on him, the ones that looked the other way, the one that even filed false reports.”

The trial could last for weeks and may cost Pantaleo his job. The officer has been on desk duty since the incident.

A Staten Island grand jury declined to indict Pantaleo over four years ago. He has has denied any wrongdoing.