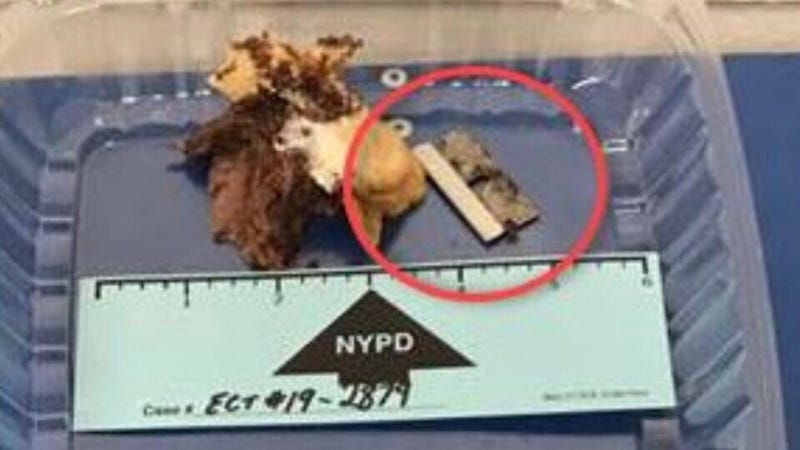 NEW YORK (WCBS 880) – An NYPD officer was injured when he bit a razor blade that was stuffed inside a sandwich he bought at a Queens deli, and now police say they are investigating the "abhorrent act."

The on-duty officer suffered a laceration to his mouth and was treated at Nassau University Medical Center.

The plainclothes officer had bought the steak sandwich Thursday afternoon at Bon Appetit Specialty Food Store on Beach 129th Street in Belle Harbor, according to the New York Post.

To repeat: The NYPD has ZERO tolerance for acts of violence against our police officers. A sandwich bought at a Queens deli on Thurs. contained a razor blade that cut the inside of a @NYPDCT cop’s mouth. He’ll be OK, but a full investigation into this abhorrent act is underway. pic.twitter.com/nljW9Er2Uw

The NYPD is investigating how the blade ended up in the sandwich and if the officer was singled out.

Police tried to access security cameras inside the deli but were unable to, the Post reported. They were however able to retrieve DNA from the blade.

Pat Lynch, the president of the Patrolmen’s Benevolent Association, which represents NYPD officers, told the Post that it was a “sad state of affairs in our city” that “cops have to wonder whether we can safely eat a meal in the neighborhoods we protect.”

“It must be investigated, and if it was anything other than an accident, those responsible need to be put behind bars,” Lynch said.