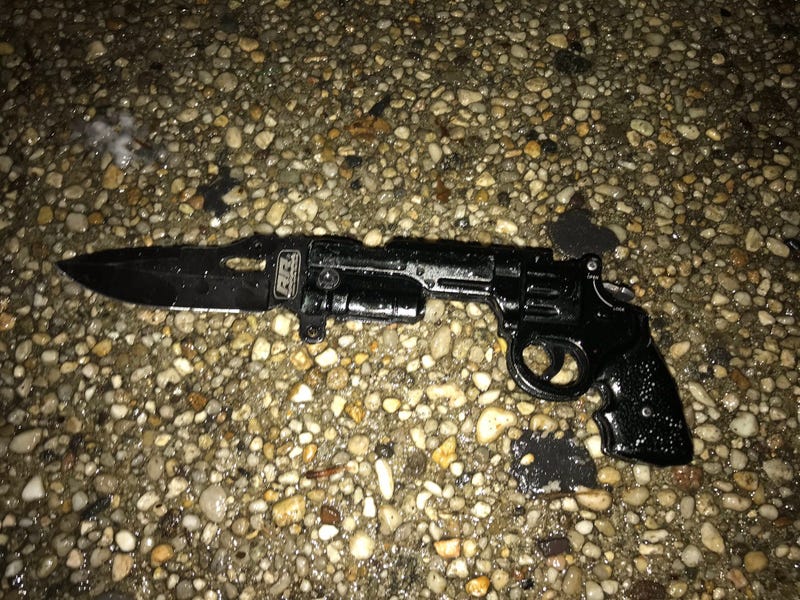 Two officers shot the man as police responded to reports of someone with a gun near East 167th Street and Findlay Avenue in the Concourse Village section around 12:45 a.m.

According to CBS2, a couple called 911 after a man pointed a weapon at them.

When officers arrived they ordered the suspect to show his hands, but he pointed the weapon at them instead, police said.

Below is a picture of the weapon recovered at the scene of tonight’s incident. pic.twitter.com/ehVobwGuPO

“Two uniformed officers discharged their weapons, striking the suspect in the torso. The officers immediately rendered aid to the suspect and requested an ambulance to the scene,” said NYPD Chief of Patrol Fausto Pichardo.

The man was taken to an area hospital, where he was listed in critical condition.

No police officers have been reported injured in the altercation.

Police tweeted a photo of the “imitation firearm” with a blade-like attachment.

The suspect hasn’t been identified by police.

The incident was reportedly captured on police body cameras, and the NYPD is investigating.