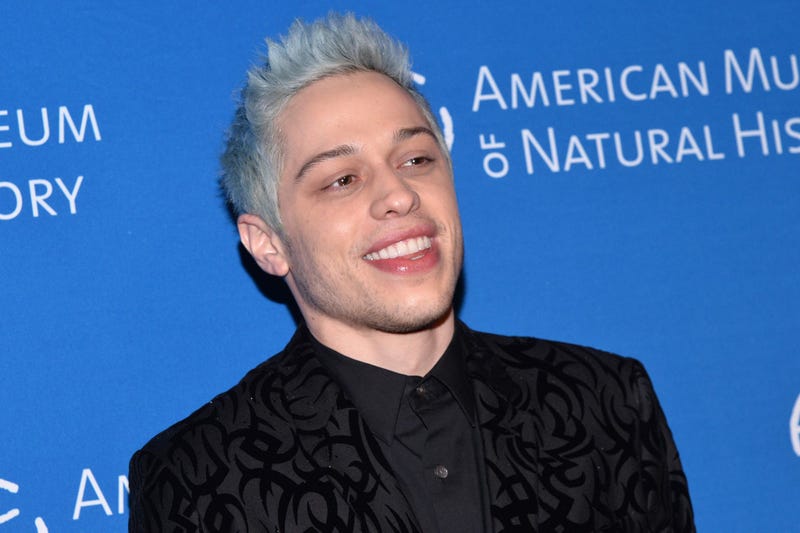 NEW YORK (WCBS 880) — Students at the University of Central Florida got a little more than they bargained for when Pete Davidson stopped his show to launch into an expletive-laden rant against the audience.

The “Saturday Night Live” star flew down to the Orlando campus Monday night to headline a comedy show, but instead of telling jokes, he blasted the student audience for using their phones during his set.

“That's why we're embarrassing. That's why the world is going to end in 25 years,” Davidson said. Audience members were then shocked when he used the r-word to describe them.

Not the BEST LOOK, Pete!
...you can bet Pete Davidson will address this on the 1sT #SNL Weekend Update... but ugh. pic.twitter.com/ztpLDGkQXp

I understand being mad about📱,but being exhausted flying to the 'middle of nowhere' to do jokes?
People paid to see you.. you got paid!

The University of Central Florida addressed the rant, saying he “spoiled” the entire event.

"Mr. Davidson's abusive language, particularly his use of a derogatory slur, is contrary to the University of Central Florida's values of inclusion and respect for all," the university said in a statement to E! News. "It's disappointing that his rant spoiled an event that was meant to welcome students back for the fall semester."

Davidson’s rant came several minutes into his set and those in attendance said there was no notice about cell phone usage.

Despite the less-than-humorous rant, students tried to make light of the situation on social media.

We should get like 3 credits for Pete Davidson’s lecture

I cant believe Pete Davidson had a meltdown in the middle of his act. Not only did he insult all of Orlando, UCF, and the students, but the guy finishes his rant with “okay now we go back to jokes” and for my first ever comedy show I’ve never seen an arena so uncomfortable.

While Ariana was at the VMAs living her best life, Pete Davidson was at UCF yelling at college students

Pete Davidson, thank u next

PSA: as funny as Pete Davidson seems on snl, he was absolutely horrible tonight at UCF. extremely rude and UNFUNNY. he came with 3 minutes of material and a disgusting personality. i hope he was just having a bad day bc otherwise i feel sorry for every person he encounters @UCF

So far, there has been no comment from Davidson or his reps.

The comedian is expected to return in the new season of “SNL” on Sept. 28. It’s unclear if he will address the incident in any of his skits.