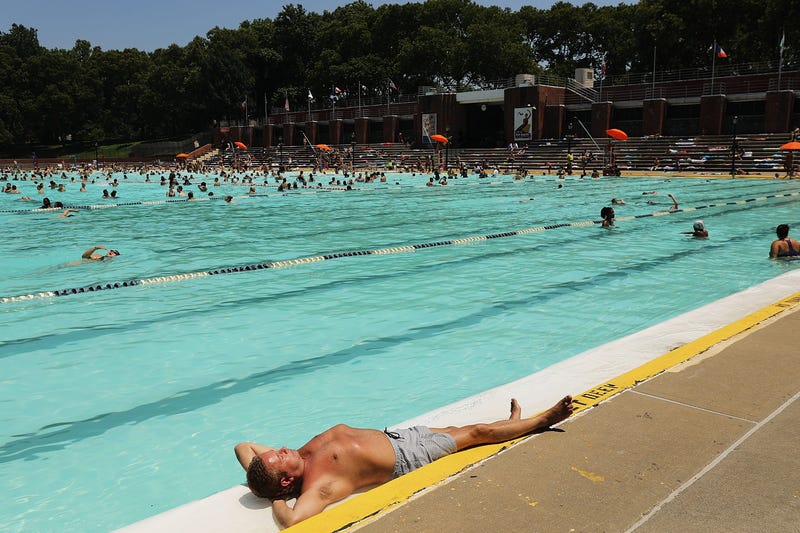 NEW YORK (WCBS 880) – Westchester pools and beaches are among those across the Tri-State that have extended hours Saturday and Sunday, oases amid a scorching heat wave.

“Trying to get a little extra time for people to cool off,” County Executive George Latimer said. “We have two beaches on the Long Island Sound that the county operates: Playland in Rye and Glen Island in New Rochelle.”

At Saxon Woods Park in White Plains on Saturday, those looking to beat the heat flocked to the pool.

“I’m not coming out of the pool,” one woman told WCBS 880’s Mack Rosenberg.

BEAT THE HEAT: Summer Survival Guide | Things To Do This Weekend

.@westchestergov pools and beaches are extending hours this weekend. Here was the line at Saxon Woods Pool at 11a. @wcbs880 #HEATWAVE2019 pic.twitter.com/gC7agbQMBE

There’s also a mini-golf course at Saxon Woods Park, where Megan was throwing a birthday party for her son. She says it’s summer, so it’s supposed to be hot.

“We’re just gonna make the best of it,” she said. “The kids don’t care. They’re with each other, they’re having fun. We have lots of drinks here. Obviously, you can see I’m stocked up.”

In New York City, more than 500 cooling centers will be open through Sunday, the city's public pool and beach hours will be extended, and portable drink fountains will be set up in busy pedestrian areas across the city.

New Yorkers can find nearby cooling stations and hours of operation by going to nyc.gov/oem. Yankee Stadium will also have hydrating stations and water fountains for all its games.

New York state parks are also keeping their pools open longer and in Connecticut, Gov. Ned Lamont is urging residents to prepare for the hot weather.