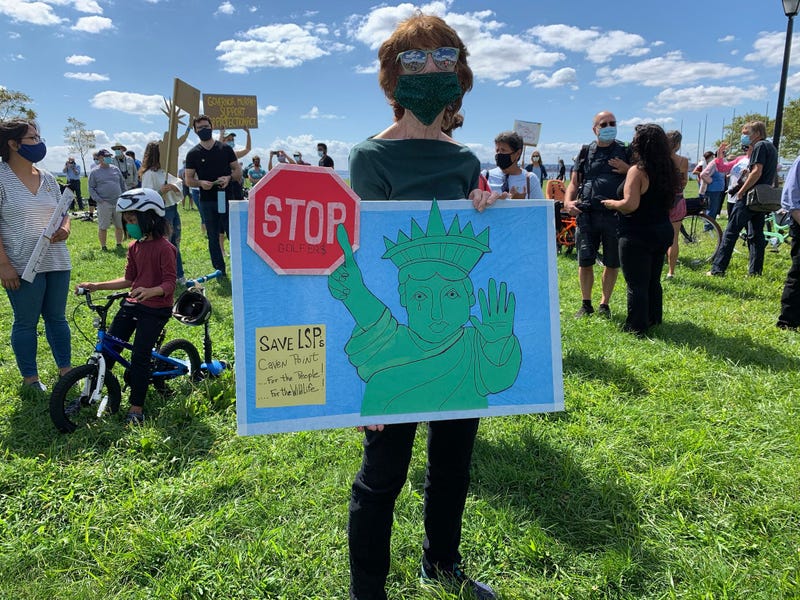 JERSEY CITY (WCBS 880) – A rally was held at Liberty State Park on Saturday to keep private development out of the park, but the rally was met with some resistance from other protesters who say the local community is not being heard.

The message from the hundred or so people at the rally on Saturday was simple: protect the park from privatization and overdevelopment.

“This is my park. This is your park. This park belongs to all of us and it should be the community not billionaires who decide what we do with it,” said Shane Mitchell, legislative director to state Sen. Loretta Weinberg.

But the Liberty State Park Protection Act, which would do just that, has gotten nowhere in the state Legislature because some lawmakers see privatization as a way to invest in the park.

Competing sides at a rally to protect Liberty State Park from privatization...the “counter protestors” say there are no plans to clean up the contaminated land here, and that the black and brown communities of Jersey City are not being heard. @wcbs880 pic.twitter.com/4fkEr7rswy