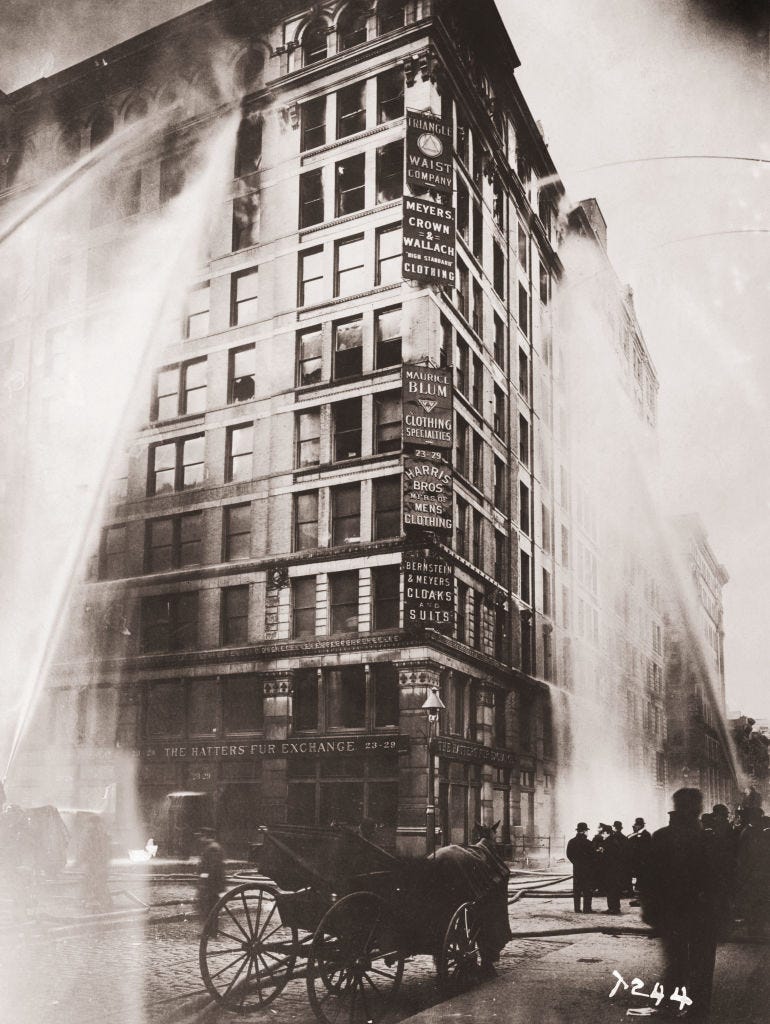 The Triangle Shirtwaist Factory tragedy is remembered as one of the worst in American history and shined light on the horrifying conditions in many of New York City’s industrial factories.

The factory, which took up the top three floors of the Asch building, in Greenwich Village, was known for being a sweatshop in which many Italian and Jewish immigrant women would work for 12 hours each day, making roughly $15 per week.

At around 4:30 p.m. on March 25, those conditions would turn deadly when a fire broke out.

There was no sprinkler system, the fire hose was corroded, the elevator had broken down after a handful of trips and though there were stairwells leading to the ground floor, the doors were locked and there was no escape.

Some workers burned to death, some died of smoke inhalation and at least 69 jumped from the building to their deaths as crowds watched helplessly.

The fire brought attention to the dangerous conditions and eventually led to workplace regulations designed with worker safety in mind.

“People realized that this tragedy was indeed preventable and that the workers had been working in terrible conditions – doors were locked, fire escapes were defective, their day lasted as long as 13 hours and they were often paid as little as 13 cents an hour,” said New York State labor commissioner Roberta Reardon.

The youngest workers killed in the fire, Kate Leone and Rosaria Maltese, were just 14-years-old.

He and other speakers spoke at the site of the tragedy on Monday, which is now NYU’s Brown Building, citing the importance of immigrants and workers’ rights in the current political climate.

In light of the event, the state Legislature created the Factory Investigating Commission to "investigate factory conditions in this and other cities and to report remedial measures of legislation to prevent hazard or loss of life among employees through fire, unsanitary conditions, and occupational diseases."

She was two days away from her 18th birthday at the time of the fire, which she survived by following the company's executives to the roof of the building, where they were rescued.