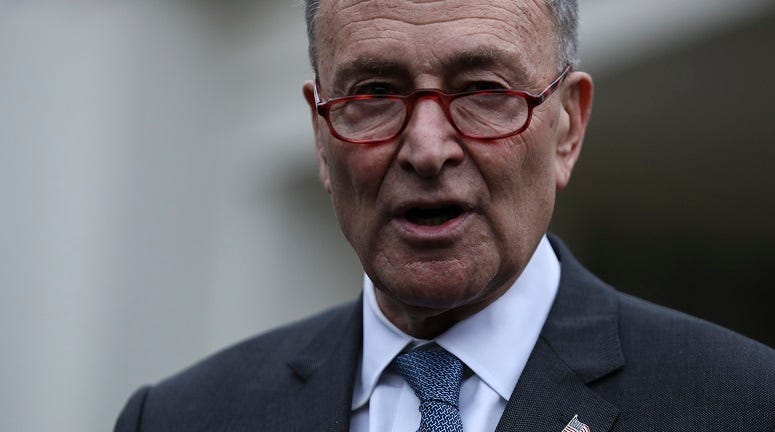 NEW YORK (WCBS 880) -- The long-talked about multibillion-dollar Gateway Project might be able to move forward with a new proposal from Sen. Chuck Schumer.

Federally appropriated funds for the $13 billion project, which would build a new Hudson River rail tunnel, are ready to go, but Schumer says they're being held-up by President Donald Trump.

"And his Department of Transportation have put their thumb on the permitting process, holding up this urgently-needed project in a systematic and cynical bid to exert false political leverage over me and my colleagues in the New York and New Jersey delegations," Schumer said. "For two years the Trump administration has denied all federal funding for Gateway under the pretense that the states have no skin in the game."

With the need to repair the tunnels growing each year, the senate minority leader on Monday proposed new legislation that would ensure states can break ground now and get reimbursed by the government later when grants are approved.

"Right now if New York and New Jersey raised every dollar they expected to spend on Gateway they couldn't spend a dime because they would fear they wouldn't be reimbursed by the FTA," Schumer said. "The federal government has an obligation to move pieces of large scale transportation like Gateway through the pipeline in a reasonable manner especially when there's a big pot of accessable money and as I said in normal times there would be no need for this legislation."

Schumer is confident allies in the Senate and House will push his solution through.

Gov. Phil Murphy applauded Schumer's legislation saying in a statement, "The Gateway Program is critically important to the hundreds of thousands of New Jerseyans who rely on the Cross-Hudson crossings and any disruption would cripple our regional and national economies. The political gridlock preventing its Federal approval is unacceptable. New Jersey has acted as a willing partner throughout the process, and stands ready to provide $600 million in state funding to replace the Portal Bridge.”

He added, "We are all acutely aware of the risks associated with a failure to complete these projects, and I will continue to call on the Trump Administration to join with us as true partners to prevent a needless catastrophe. I applaud Senator Schumer for his leadership and advocacy, and I look forward to working with the New York and New Jersey delegations, and all local partners, to move Gateway forward."