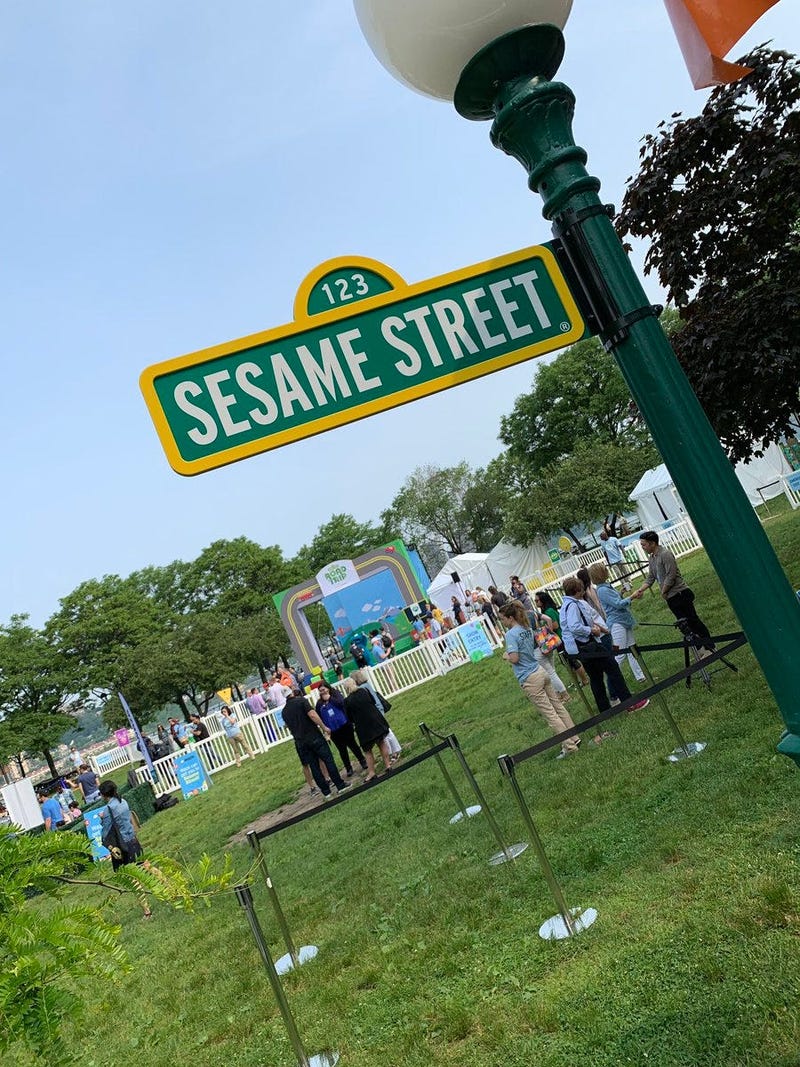 The festival at Riverbank State Park in Hamilton Heights was the beginning of the nationwide tour highlighting the impact the show has had on children’s lives.

“Sesame Street” is a generational gem. It debuted in 1969 and is one of the few shows kids are watching today that their parents watched too.

Scott Chambers, with Sesame Workshop, points to the versatility of a show like “Sesame Street” in teaching kids about important topics.

“We try to deliver information and tools to families and caregivers that need them, ranging from topics like homelessness to learning your ABCs and 123s. So ‘Sesame Street’ means almost an unlimited number of things to people,” Chambers said.

For its 50th Anni, @sesamestreet is going on the road to 10 cities for festivals to highlight the show’s impact on children. Today was stop number 1 at Riverbank State Park. @SesameWorkshop @wcbs880 pic.twitter.com/3GIsCddDTz

Actress Sutton Foster was on the show’s 42nd season. She sang with Elmo and told WCBS 880 reporter Mack Rosenberg that it was one of the coolest things she’s ever done.

“What I love about ‘Sesame Street’ is that I know I can count on it and it’s always – it’s the type of show that I want my daughter watching,” Foster said.

The 50th season of the show premieres this November.