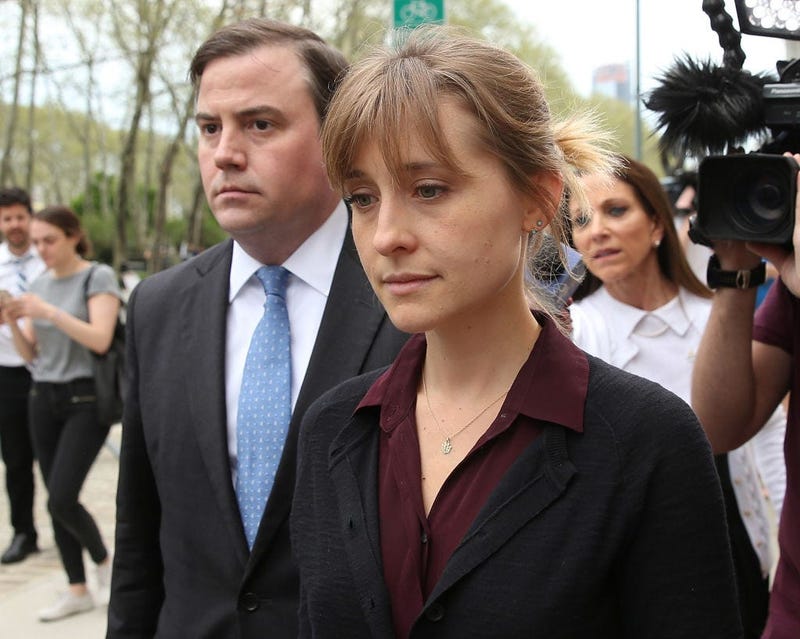 Mack entered her plea to racketeering charges, shortly before jury selection began for the trail slated for April 29.

As WCBS 880’s Kevin Rincon reports, Mack wept as she apologized to the victims and entered her guilty plea. She took full responsilibty for her actions and called her behavior “misguided adherence” to Keith Raniere’s teachings.

Prosecutors allege the NXIVM cult, which operated in the Albany area, recruited woman and forced them into sexual slavery for alleged cult leader Raniere.

The defendants are accused of recruiting women and branding them with a symbol that represented Raniere’s initials.

The former actress said in an interview that the group emphasized self-discipline and self-empowerment and had once likened the branding process to getting a tattoo, “but cooler.”

The group offered self-help classes in order to lure women into the cult. Now, Raniere, Seagram liquor heiress Clare Bronfman, Mack and other co-defendants face a number of charges, including sex trafficking.

Potential jurors began to fill out questionnaires in federal court in Brooklyn for the trial shortly after Mack entered her guilty plea.

A judge has yet to rule on requests by Mack and two co-defendants for trials separate from the alleged cult leader.

The defense argues the recruited women were never abused.