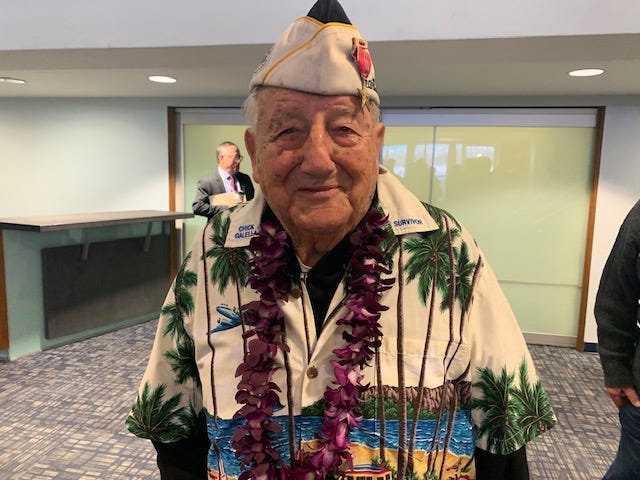 NEW YORK (WCBS 880) – A ceremony was held at the Intrepid Sea, Air & Space Museum in Manhattan on Saturday to mark the anniversary of the 1941 attack on Pearl Harbor.

It was 78 years ago that Japanese bombers made their way to Pearl Harbor and changed the course of the war and history.

It’s a day seared into memory for Battalion Sgt. Major Armando "Chick" Galella, who is from Westchester. Now a spry 98, Galella was a 20-year-old just arriving at Pearl Harbor when the attack unfolded.

“Wind blasting all over the place,” Galella said. “I said, ‘What the hell’s going on?’”

He says he'll never forget the destruction he witnessed that day.

“I said to my colonel, I said, 'I don't want to die here. When the hell are we going to get off this ship?'” Galella said. 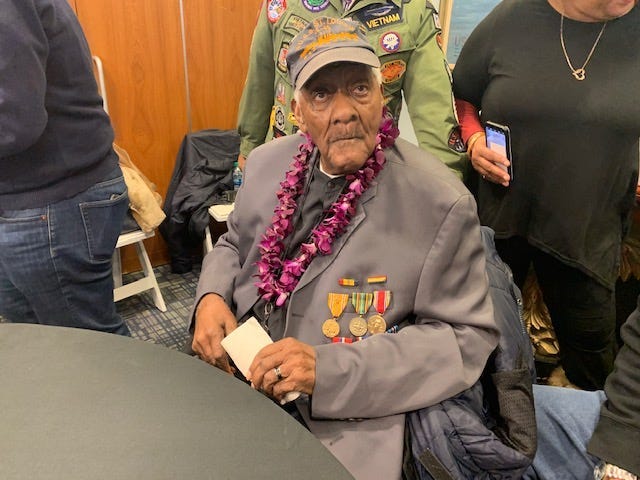 James Blakely, of Brooklyn, was a cook on the USS Saint Louis. One of the few men of color on the ship.

Blakely is 100. He and Galella are among the dwindling number of survivors from that day who are remembering the more than 2,400 who didn’t make it past that morning.

They laid a wreath off the USS Intrepid along Manhattan’s West Side to honor those lost. Other ceremonies took place across the U.S.