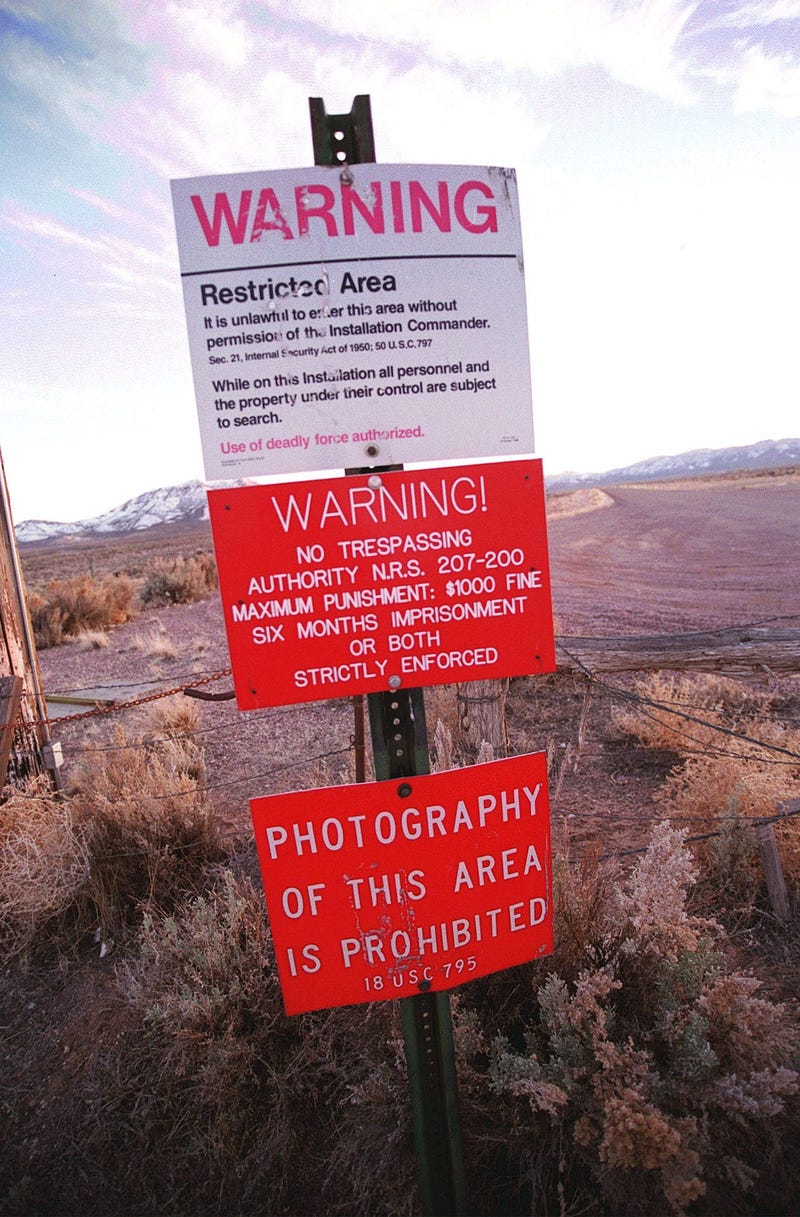 Hundreds of thousands of Facebook users have signed up for an event to “storm” the restricted military base in southeastern Nevada, in an effort to “see them aliens.”

The page – labeled “Storm Area 51: They Can’t Stop All of Us” – says to meet Sept. 20 at the alien center, which is a combination diner, convenience store and brother in Amargosa Valley, Nevada.

The event’s organizers say the raid will require people to run “faster than their bullets.”

However, the organizers might not be that eager to discover if the “truth is out there.” One post on the page detailing a "game plan" for the event included a disclaimer at the bottom.

“Hello US government, this is a joke, and I do not actually intend to go ahead with this plan. I just thought it would be funny and get me some thumbsy uppies on the internet. I'm not responsible if people decide to actually storm area 51,” wrote a Facebook user named Jackson Barnes.

An Air Force spokesperson told NBC News the agency was aware of the Facebook event but did not provide additional comments.