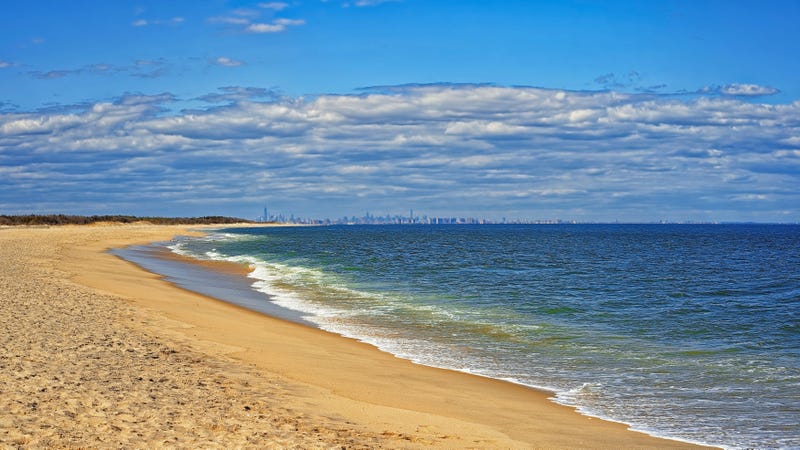 NEW YORK (WCBS 880) – The latest battle between President Donald Trump and his former home of New York City has to do with a massive seawall that’s proposed for the outer New York Harbor.

Trump slammed the idea of the $119 billion seawall, which would extend from New Jersey to the Rockaways in the hopes of protecting the city from future storm surge flooding like the kind that wreaked havoc during Sandy in 2012.

Plans for the seawall have been in the works for years, but a recent New York Times story about the Army Corps of Engineers’ ideas to deal with storm surge and sea level rise in New York apparently caught the attention of Trump.

The story details the proposal to build a six-mile-long seawall from Sandy Hook, New Jersey, to the Rockaways in Queens.

The president called it a “costly, foolish and environmentally unfriendly idea” that “probably won’t work anyway.”

“It will also look terrible,” the president wrote. He advises the city to “get mops and buckets ready.”

A massive 200 Billion Dollar Sea Wall, built around New York to protect it from rare storms, is a costly, foolish & environmentally unfriendly idea that, when needed, probably won’t work anyway. It will also look terrible. Sorry, you’ll just have to get your mops & buckets ready!

Mayor Bill de Blasio responded to Trump’s tweet with a tweet of his own that reminded the president of the 44 city residents who died during Sandy.

We lost 44 of our neighbors in Hurricane Sandy. You should know, you lived here at the time.

The president appears to be in agreement with John Lipscomb of the Hudson Riverkeeper, which aims to protect the Hudson River and its tributaries. Lipscomb has called the proposed barrier an “ultimate violence against the river.”

“What we can’t do is put a plastic bag over the river’s head and ask it to just continue breathing and continue functioning the way it’s supposed to,” Lipscomb said.