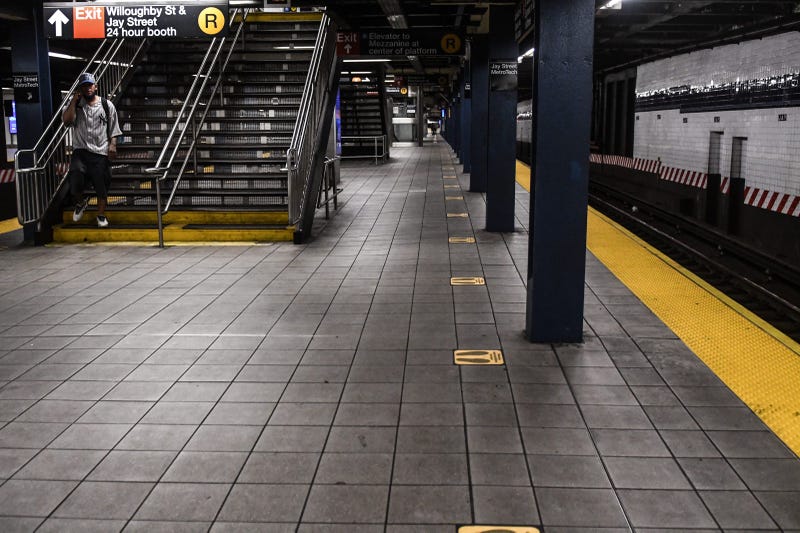 NEW YORK (WCBS 880) – This week marked the 30th anniversary of the Americans with Disabilities Act (ADA). It also comes as the MTA said its estimated revenue losses over the next few years will keep it from funding projects that would make its stations more accessible.

With the MTA expected to have a $16.2 billion deficit by 2024, the agency anticipates cutting back on major construction projects, angering disability rights advocates who are already used to construction delays.

Jennifer Van Dyck, with the organization Rise and Resist’s Elevator Action Group, said putting off elevator construction on MTA stations in a post-ADA world is unacceptable.

“The ADA is not a suggestion, it’s the law,” Van Dyck said. “It’s not like if you feel like it, it would be great to make the subways accessible. No, it’s the law. And they’ve got to get with the program.”

The MTA agreed in a recent lawsuit to pay for elevators at three more LIRR stations, but due to the loss in revenue related to the coronavirus pandemic, the MTA said it’s hoping for more funding in the next stimulus package.

“As far as knowing that we have a long fight ahead of us—oh yeah, we definitely do,” Van Dyck said.

In a statement, NYC Transit Interim President Sarah Feinberg said: “Those stations remain our priority, but also know that we are facing an unprecedented fiscal crisis and so we have to match our calls for accessibility with our calls for funding from the federal government.”