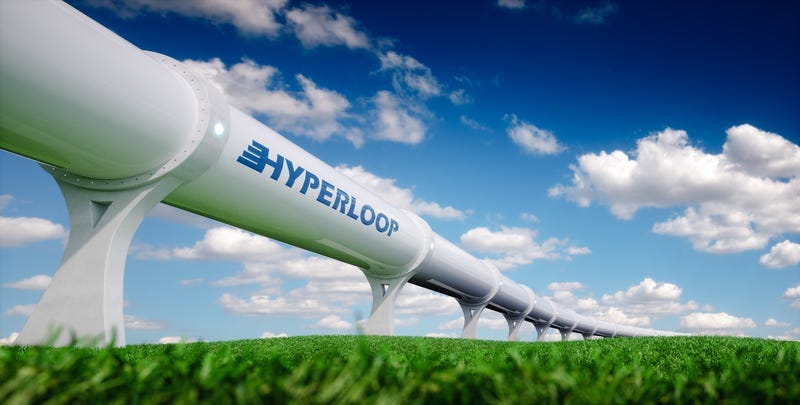 Transportation is evolving toward a hi-tech future. Plenty of futuristic examples were on display at CES 2019, including an air taxi from Boeing, and several autonomous vehicles.

The subterranean high-speed transport system called Hyperloop was first outlined by Elon Musk in a white paper in 2013.  Since then, strides have been made with the technology by the Virgin Hyperloop One initiative.

While the system is far from launching, the Hyperloop is still a feasible future transport method. A Dassault Systemes/CITE Research survey regarding Life in 2030 was conducted with 1,000 adults in the U.S. Survey; results found that 71 percent of respondents expect to use an electric vehicle and 51 percent expect to travel by Hyperloop in 2030.

If Hyperloop technology continues advancing, will it become a cleaner transportation of the future?

What Is the Hyperloop?

Hyperloop is a new, fully-autonomous mode of transportation which is reportedly designed to move “people quickly, safely, and on-demand from origin to destination.”

People or cargo are transported on the Hyperloop vehicle, which moves via electric propulsion and electromagnetic levitation through a low-pressure underground tube (similar to a vacuum). Top speeds are estimated to be around 670 mph for passenger vehicles. The vehicle is suspended above the rail and it’s designed to be two to three times faster than the fastest high-speed rail.

The innovative transportation system is also designed to be on-demand. This means passengers can board it and travel whenever they want to go to a given destination along the underground route. Commute times between route points will be slashed, revolutionizing commercial transport. Using this type of system will also potentially reduce traffic congestion along major commuting routes. In one example, a 90-minute trip from Dubai to Abu Dhabi would only take 12 minutes on the Hyperloop.

A Cleaner Mode of Transportation

With the growing popularity of electric and hybrid vehicles, transportation is getting cleaner. However, the world’s highways and skyways are still crowded and congested with traditional fuel-powered vehicles. Thousands of cars and planes are still contributing to the global air pollution problem.

The cool thing about Virgin’s Hyperloop One is that it can potentially draw energy from multiple available sources along its route. This includes solar and wind power, which means the system is 100 percent carbon-free.

Furthermore, traditional high-speed rail systems require power along the entirety of their tracks. Hyperloop, in contrast, only requires part of the track to be powered. The specific amount of energy needed will depend on system requirements and terrain.

Responding to a Global Challenge

Virgin Hyperloop One launched a Global Challenge in 2016 to establish potentially viable Hyperloop routes. Ten winners were selected from 2,600 registered teams. Winning routes include Toronto-Montreal in Canada; Edinburgh-London in the UK; and Chicago-Columbus-Pittsburgh, Cheyenne-Denver-Pueblo, Miami-Orlando, and Dallas-Laredo-Houston in the U.S., among others. Thirty-five semifinalists were also named in the challenge.

Meanwhile, Elon Musk’s SpaceX has held multiple student-led Hyperloop competitions. The WARR Hyperloop won the third challenge in July 2018 when its vehicle posted a speed of 290 mph. This speed topped a 240-mph record set by Virgin Hyperloop One in 2017.

Last November, Virgin Hyperloop One announced Sultan Ahmed bin Sulayem as Chairman and Jay Alder as CEO. The company is primarily focusing on a major project in India with the Pune-Mumbai Hyperloop project. Upon receiving governmental support, construction on an 11 km test loop is expected to begin in 2019.