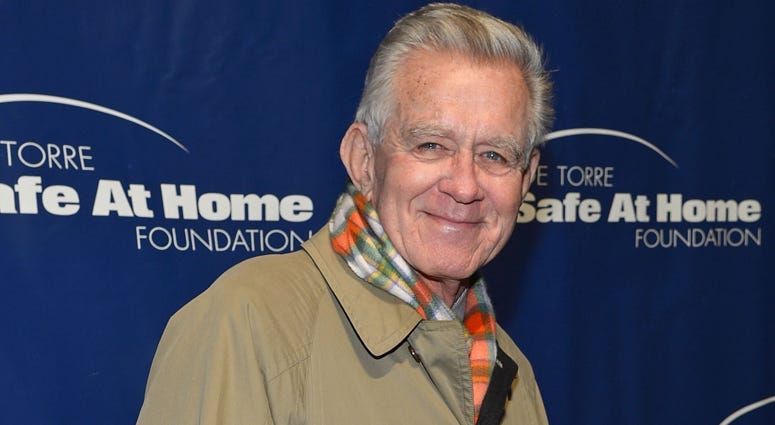 Reggie Jackson is called “Mr. October,” but after winning two World Series and calling 24 of them on three different networks, not to mention receiving the Vin Scully Award next Tuesday from Fordham University’s WFUV-FM, Tim McCarver should have the moniker, “Mr. Fall.”

Presentation of the award, annually recognizing sports broadcasting excellence, and other festivities are part of WFUV’s benefit at Fordham School of Law. When Scully, the retired Dodgers play-by-play legend, called McCarver to deliver the news, despite a long relationship it was their first phone conversation.

“And it was thrilling for me,” McCarver said. “Vin Scully is the premier broadcaster ever. And I think most people will agree with that.”

Scully, now 90, always was available to talk, listen and teach, says McCarver, who learned the importance of vocabulary from him.

“I was honored when I went in the (Baseball) Hall of Fame in 2012, but you can say equally so,” McCarver said of getting the Scully Award. “And when you can equal the Hall of Fame, that’s something.”

Still a part-time Cardinals TV analyst, the Memphis native’s southern drawl has graced a baseball broadcast booth for 40 years. McCarver’s Cards catching debut came in 1959 – at age 17. He was so raw that during his first game at Milwaukee, McCarver openly rooted for Hank Aaron – of the opposing Braves.

“I even yell, ‘Let’s go Hank!’” McCarver recalled. “Our shortstop, Alex Grammas, came up and said, ‘Son, up here we root for our guys.’”

Among just 29 major leaguers to play in four decades, McCarver stopped playing in 1980. His tenth inning homerun won Game 5 in St. Louis’ seven-game World Series triumph over the Yankees in 1964. McCarver was runner-up to teammate Orlando Cepeda for National League MVP in 1967, winning another world championship that year. “That’s what I’m most proud of,” McCarver said, referring to those two titles.

He called the Fall Classic on FOX with Joe Buck for 18 years, on CBS with Sean McDonough and Jack Buck, and on ABC with Al Michaels, who taught him the most about broadcasting, McCarver says. Yet what resonated with McCarver is something ABC’s Keith Jackson told him before calling the 1986 Mets-Astros National League Championship Series. Jackson admitted he didn’t know much baseball, but said he knew a lot about broadcasting.

“And that, in a sense, is what I’ve been since 1980,” McCarver said of his announcing. “I have been torn between broadcasting and baseball.” Indeed, his Scully Award validates McCarver’s quest to be more than just another ex-jock commentator. “The one thing that this honor and award elucidates is that I am at a crossroads for words,” McCarver said.

Told that elucidates is a Scully-like word, McCarver said, laughing loudly, “Well, I would hope so. He’d be very proud.”

Being a Mets analyst from 1983-’95, “When I really had my real shot,” McCarver said, paved his way to calling games nationally. He built a warm chemistry with fellow Mets voice Ralph Kiner. “I considered him a father, a brother, a friend,” McCarver said. “It was wonderful.”

Lovingly known for botching names, Kiner once told McCarver that if he didn’t remember someone’s name he should greet them by saying, “There he is.” Sure enough, the next day, “As I came down the rickety stairs of Shea Stadium, Ralph looked up and said, ‘There he is,’” McCarver recounted. “He had forgotten my name in 24 hours.”

After catching Steve Carlton with St. Louis, McCarver later became the Hall of Famer’s personal catcher for three years with the Phillies, over starting backstop Bob Boone. McCarver admits he could no longer throw out base stealers.

“I told Lefty, ‘If we’re going to make this thing work, you’re going to have to come up with a good move to first base, a balk move,’” McCarver said. “And he did, and led the league in balks the next year,” he added, laughing.

Sound familiar? Noah Syndergaard, worst in the majors at allowing steals, recently caused controversy by asking that his regular catcher be backup Tomas Nido, with whom he has far more success, over starter Wilson Ramos. McCarver says his Carlton pairing, accepted by Boone, worked for the Phils, division champions in 1976, ’77 and ’78.

“Everything hinged on Boonie,” McCarver said. “And this man is the perfect gentleman. But he was a competitor also. So his pride was obviously tarnished. Mine was enhanced in a sense, because I got to still play.”

Every situation differs, McCarver says, but if Syndergaard pitches better with Nido, “Then something’s got to happen, and it’s up to Ramos to understand that,” McCarver said, adding Boone remains close friends with him and Carlton.

Among his McCarver-isms is “Think long, think wrong,” which applies to baseball and life. “It’s like a multiple choice quiz,” McCarver said. “The first thing you think of is usually the right one.”

A well-known McCarver pet peeve remains, asserting that major leaguers should at least be expected to run hard from home to first. “It makes me cringe when I see these guys walking to first base today,” he said. “And I applaud the young men that run things out, I really do.”

They never worked together, but next week McCarver becomes forever linked to Scully, a 1949 Fordham alum.

He called his last World Series in 2013, but having won two rings and once spending 30 straight years calling at least a League Championship Series, fall has long meant McCarver performing on a national stage.

“It is a special time of year, still for me,” McCarver said. “I love the game. I mean, what can I say? I’ve always loved the game. I loved it when I made that mistake about, ‘Come on Hank!’ How can you not love the game when you can come back from something like that?”

music
Kate Hudson says estrangement is 'unfortunately quite common' amid talk of her own father
music
Looking back on the surfing days of Bruce Springsteen
music
Everything we know about Eric Church's triple album
music
Are concerts cancelled again for 2021?
sports
Weekend betting recap: Dustin Poirier KO of Conor McGregor massive win for sportsbooks
music
Saves The Day reveals connection made with fans while at home 'more intimate, more intense'