"Every time I'm here and I appreciate it," said Pratt, recently visiting CitiField. "It's a great memory, not only for the organization and the team. But most importantly the fans in New York. All the support they gave us."In the '99 National League Championship Series versus the Braves, after Robin Ventura's apparent walkoff grand slam, Pratt embraced his teammate between first and second base, causing the infamous, "Grand Slam Single.""I just got on second and I wanted to be the first one to celebrate," Pratt said. "He fist pumped but after the game he said, 'I wasn't fist pumping, I was trying to get your but over to third base.' Anyway, I grabbed him and made history. Not the history I wanted, but I still catch hell from Ventura and the guys." 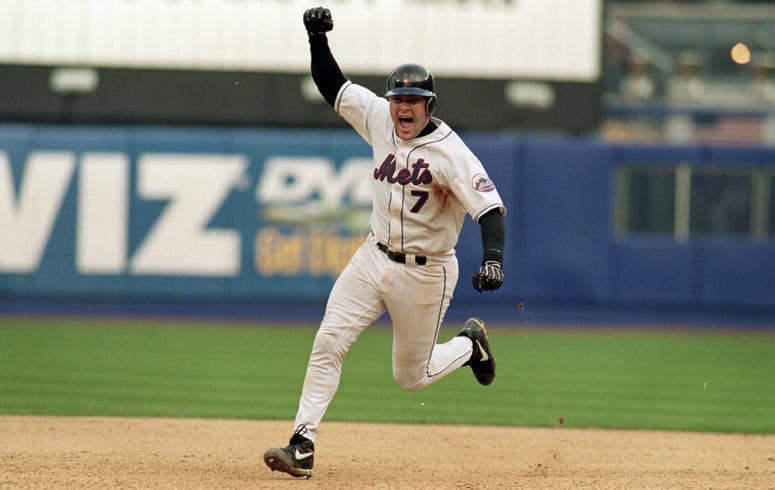