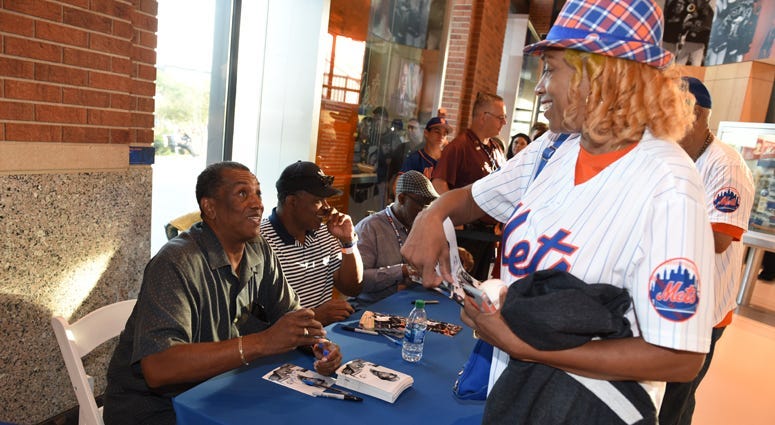 The Mets had frequent turnover at third base since their 1962 inception, constantly searching for someone to nail down the hot corner, until Hubie Brooks finally capably manned it from 1981 through ’84.

“I kind of had mixed feelings,” Brooks said. “I’d have loved to have been on that team but I wasn’t. And I was happy for the guys that were my friends, the guys that I had played in the minor leagues with.”

Brooks returned to the Mets for the 1991 season, acquired from the Dodgers for pitcher Bob Ojeda. He retired after 15 seasons in 1994, playing more games than anyone in the majors at that time without making the postseason.

“It’s water under the bridge, but if I had to change things I’d have played in the World Series,” Brooks said. “But it didn’t happen, and I guess that’s just the way it was.”

“They treated me like I’m still part of the family,” Brooks said. “And I really, really enjoy that. And I think it’s a good thing for me. And I really can appreciate how that’s working. And I’m really, really having a good time. And to see this beautiful ballpark, it’s an amazing ballpark.”