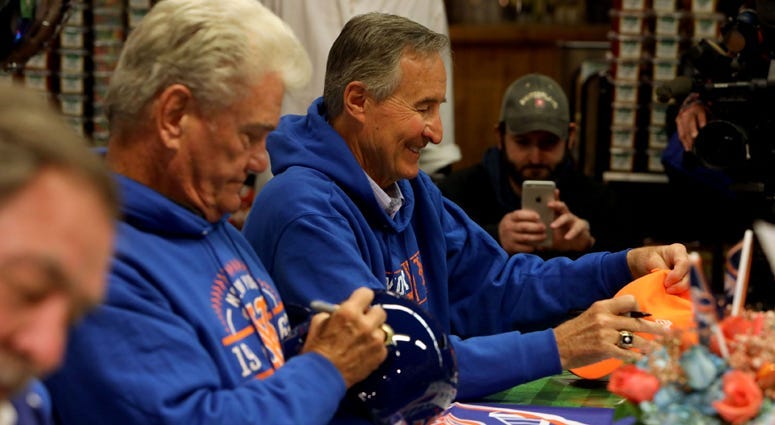 In 1968, pitcher Jim McAndrew joined the Mets from tiny Lost Nation, Iowa, among about a dozen boys in his high school senior class.“It was definitely culture shock going from small town Iowa and the University of Iowa to the Big Apple," McAndrew said. "That’s all. Big, big change.”Despite pitching great, McAndrew became the only pitcher ever whose team was shut out his first four major league starts. The righty’s first win for manager Gil Hodges came against Steve Carlton.

“Gil made a joke of it, I remember, when I won in St. Louis," McAndrew said. "I beat Carlton 1-0, and he just smiled at the reporters and said, ‘Well, he got his run and he knew what to do with it.'"